As we can see the President has their number, the Democrats have nothing and every one of them running for president is an almost certain bust. But Romney. Despicable scum that he might well be, will attract some from the conservative side although absolutely on the left in every way that counts. He almost knocked off Obama in 2012 until he decided to scuttle his own ship.

No idea if it is technically possible, but if it is, this is no doubt on his mind.

AND NOW THIS: From Instapundit.

SEE ALSO: KENNEDY, TED. Media suddenly fall in love with Romney now that his politics align with theirs.

Romney’s vilification by the press in 2012 was a key mile marker on the road to Trump. And as with the late John McCain, his Stockholm Syndrome-levels of seeking the proverbial “strange new respect” from those who clearly hate him is painful to watch.

There is not a line in the speech that is not worthy of the applause it received. Watching Pelosi during the speech, however, is watching a woman under extreme distress. The speech is for the adults while the follow-up was for the children.

This is her explanation.

Why aren’t the Democrats deeply embarrassed? No loyal opposition when the socialists are not in power.

I now fully believe the Dems expect to lose the Presidential election to PDT and are throwing in the towel, but know that whatever happens in 2020 won’t much affect 2024. More here, much more.

I went looking for Donald Trump’s letter to Nancy Pelosi on google and eventually gave up since every one linked on the first six pages was from some deranged media source which meant to link I would have to also link to their comments that went straight into the headline. So here it is for you to read for yourself taken from The White House: Dear Madam Speaker. It is a statement for the record putting down for the sake of history a summary of the insanity that has gripped the American political system since 2016.

You can also find a discussion of the letter here: Trump Unbound posted at Powerline. Here is the conclusion from the letter also found at the link.

It is time for you and the highly partisan Democrats in Congress to immediately cease this impeachment fantasy and get back to work for the American People. While I have no expectation that you will do so, I write this letter to you for the purpose of history and to put my thoughts on a permanent and indelible record.

One hundred years from now, when people look back at this affair, I want them to understand it, and learn from it, so that it can never happen to another President again.

These people he is dealing with are nutters. Beyond delusional, beyond even madness, but evil. The American economy is booming, constitutional freedoms are being entrenched more deeply and in every direction. There is no crisis, other than the terror no doubt felt among Democrats that they may really be about to lose their grip on power for a generation.

Trump publicly defending Pelosi is the easily the most savage thing he’s ever done to anyone. She’s struggling to maintain control of her party and she’ll be forced to reject his “gesture of goodwill” or her rabid base will become even more convinced she’s a sellout. Genius.– Jesse Kelly

As the Shutdown was going on, Nancy Pelosi asked me to give the State of the Union Address. I agreed. She then changed her mind because of the Shutdown, suggesting a later date. This is her prerogative – I will do the Address when the Shutdown is over. I am not looking for an….

….alternative venue for the SOTU Address because there is no venue that can compete with the history, tradition and importance of the House Chamber. I look forward to giving a “great” State of the Union Address in the near future!

BREAKING: Speaker Nancy Pelosi invites Pres. Trump to give State of the Union address on February 5. The originally-scheduled address had been delayed due to the government shutdown. https://t.co/v6sQnTDfjD pic.twitter.com/vkPSyueWRi

Therefore, I will be honoring your invitation, and fulfilling my Constitutional duty, to deliver important information to the people and Congress of the United States of America regarding the state of our union.

I look forward to seeing you on the evening of January 29th in the Chamber of the House of Representatives. It would be so very sad for our Country if the State of the Union were not delivered on time, on schedule, and very important, on location!

And do notice the exclamation mark. What’s she going to do to stop him coming, build a wall?

UPDATE: From the comments: “Trump canceled the SOTU speech about half an hour before you posted this.”

We’ll just have to see what the next stage is going to be. The latest from the now anti-Trump Drudge:

An amazing test of wills. This is Pelosi’s letter in reply.

When I extended an invitation on January 3rd for you to deliver the State of the Union address, it was on the mutually agreed upon date, January 29th. At that time, there was no thought that the government would still be shut down.

In my further correspondence of January 16th, I said we should work together to find a mutually agreeable date when government has re-opened and I hope that we can still do that.

I am writing to inform you that the House of Representatives will not consider a concurrent resolution authorizing the President’s State of the Union address in the House Chamber until government has opened.

Again, I look forward to welcoming you to the House on a mutually agreeable date for this address when government has been opened.

Aside from anything else, the cleverness of this tactic is in that everyone will read the letter and its final para. That is the message the Democrats want to bottle up. And who would have known she was heading off to Europe in the midst of it all? Will she still go? It’s not the money.

There is no doubt who won the meme wars. 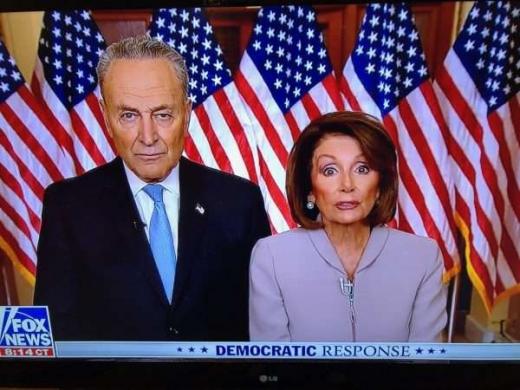 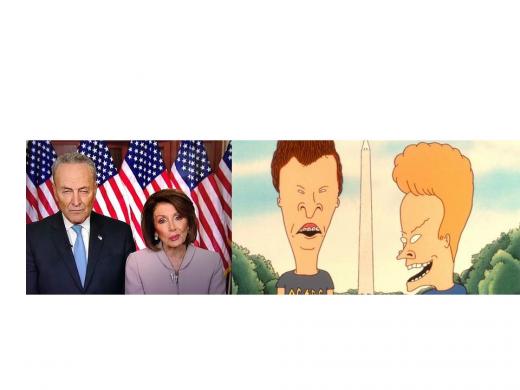 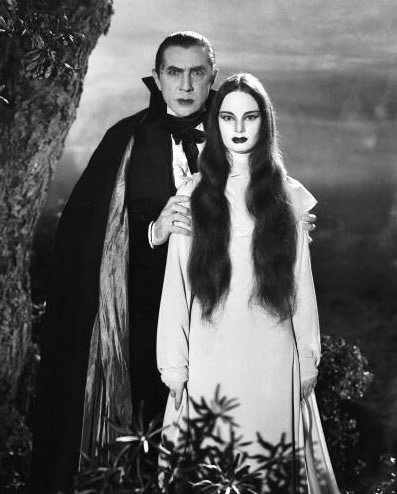 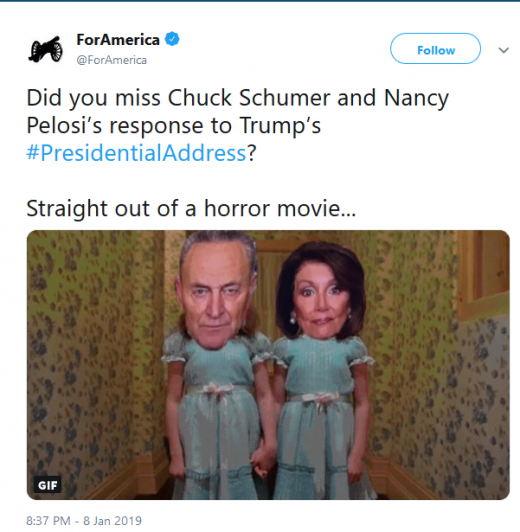 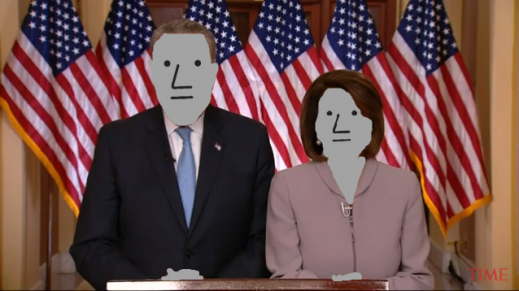 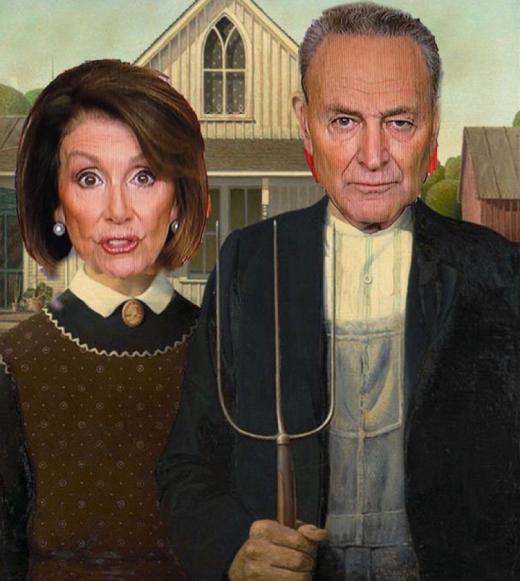 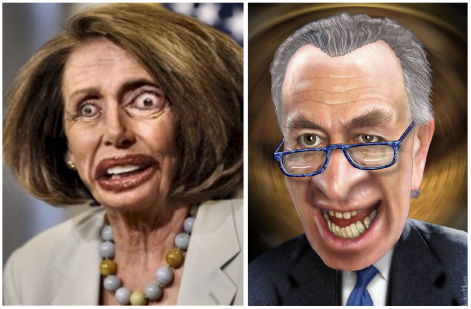 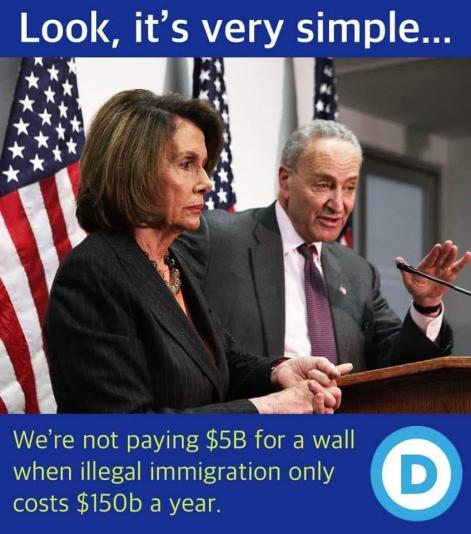 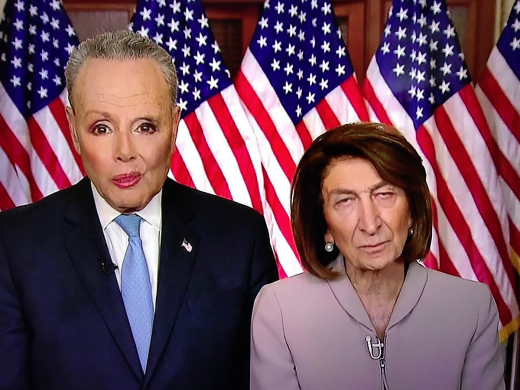 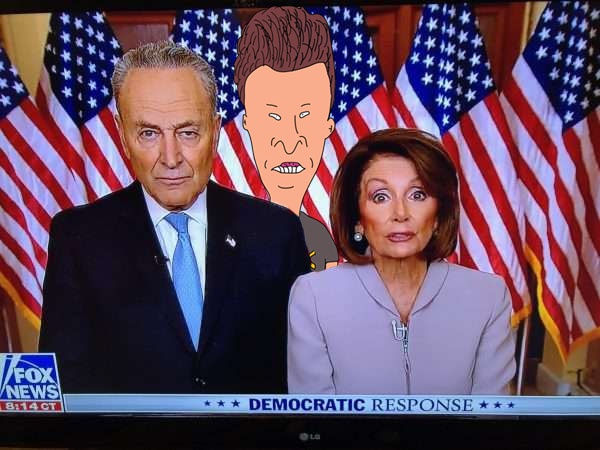 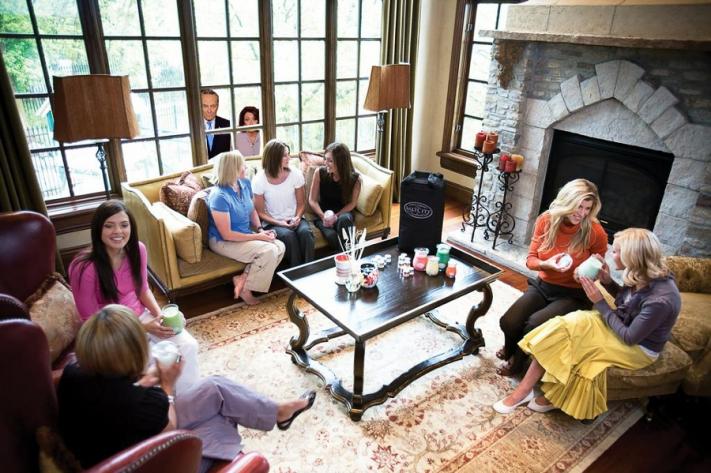 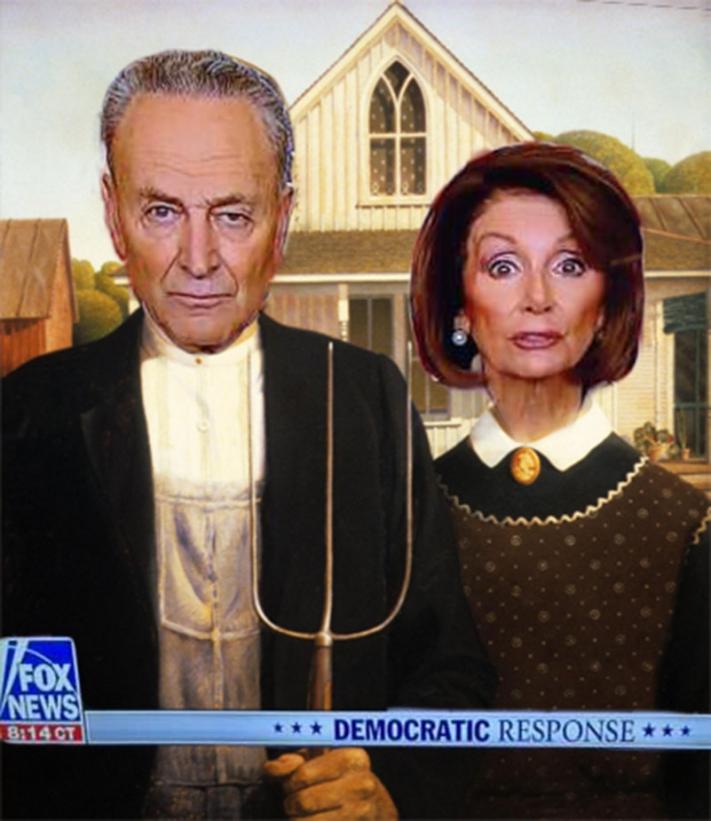 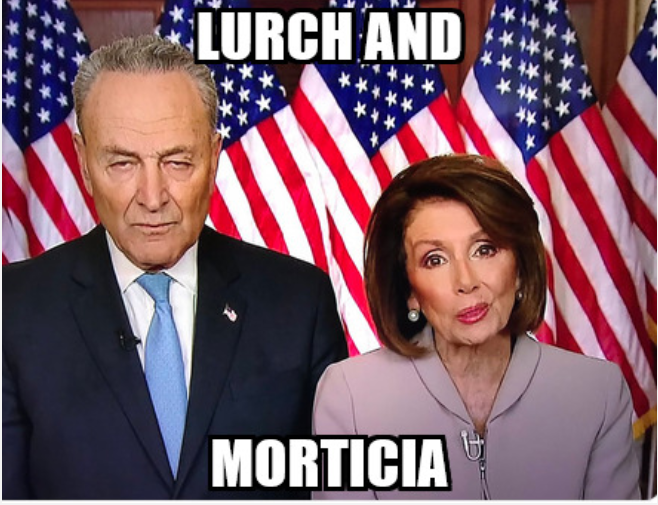 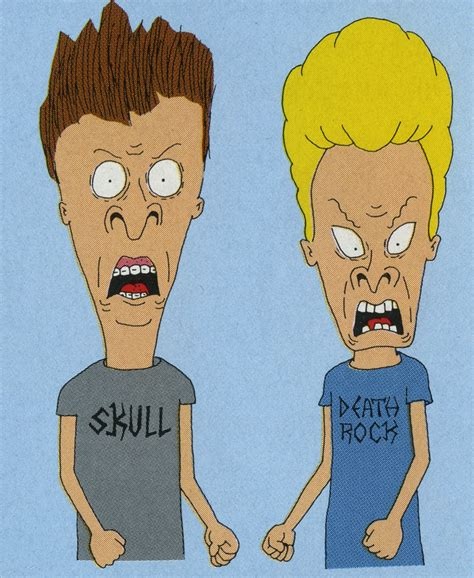 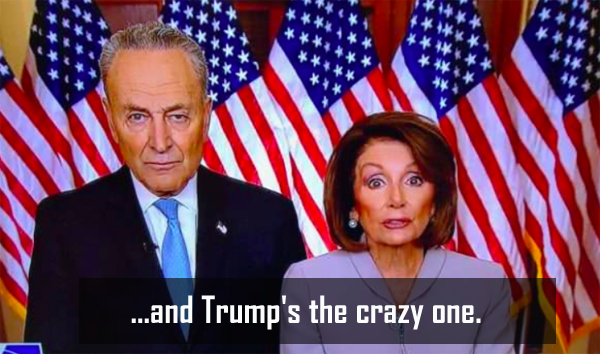 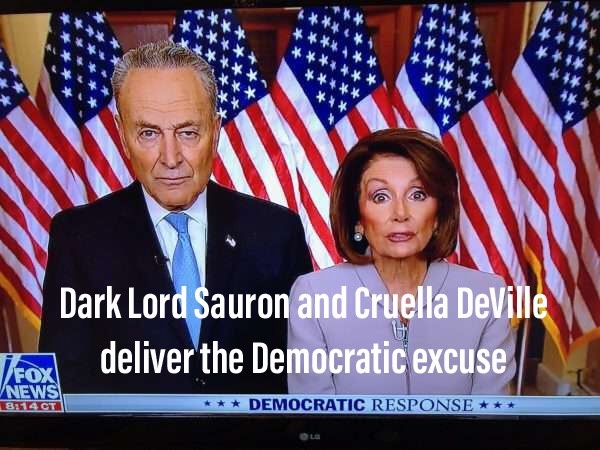 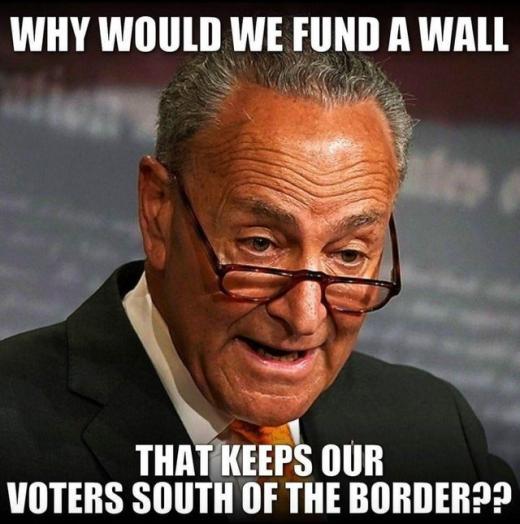 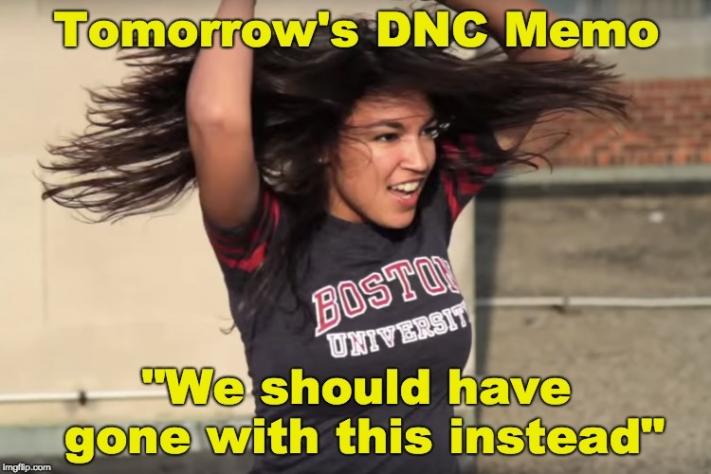 Full story: PELOSI, SCHUMER PLEAD TO TRUMP: ‘LET’S DEBATE’ BORDER FUNDS ‘IN PRIVATE’. Instead, very public with the best bits in the video above. Might also mention this as well: Pew Survey: Out Of 27 Nations Polled, Zero Want More Immigrants to Move to Their Country and that includes Australia. As for Trump and the Dems, here’s the transcript of the relevant bits on border protection:

TRUMP: “We need border security. People are pouring into our country including terrorists. We have terrorists — we caught 10 terrorists over the last very short period of time. Ten. These are very serious people. Our border agents, all of our law enforcement has been incredible, what they have done, but we caught 10 terrorists. These are people that were looking to do harm. We need the wall. We need — more important than anything, we need border security of which the wall is just a piece. It’s important. Chuck, did you want to say something?”

SCHUMER: “Yes. Here’s what I want to say. We have a lot of disagreements here. ‘The Washington Post’ today gave you a whole lot of Pinnocchios because they say you constantly misstate how much of the wall is built and how much is there, but that’s not the point. We have a disagreement about the wall, whether it’s effective or not —“

TRUMP: “If you don’t want to shut down the government —“

TRUMP: “If it’s not good border security, I will not take it.”

TRUMP: “If it’s not good border security, I will not take it.”

SCHUMER: “You just said it is effective.”

TRUMP: “Can I tell you something?”

SCHUMER: “You just said it is effective.”

PELOSI: “Let’s call a halt to this. We have come in here with the first branch of government. Article One. The legislative branch. We are coming in in good faith to negotiate with you about how we can keep the government open.”

PELOSI: “We will have border security.”

SCHUMER: “You are bragging about what has been done. We want to do the same thing we did last year this year. That’s our proposal. If it’s good then, it’s good now and it won’t shut down the government.”

TRUMP: “We can build a much bigger section with more money.”

TRUMP: “See? We get along. Thank you, everybody.”

TRUMP: “You need the wall. The wall is a part of border security.”

REPORTER: “Can you explain what it means to have border security?”

PELOSI: “That’s not true. That’s a political promise. Border security is a way to effectively honor our responsibility.”

SCHUMER: “The experts say you can do border security without a wall, which is wasteful and doesn’t solve the problem.

TRUMP: “It totally solves the problem and it’s very important.”

PELOSI: “This spiraled downward from when we came at a place to say how do we meet the needs of American people, who have needs. The economy, people are losing jobs and the market is in a mood. Our members are already —“

TRUMP: “We have the lowest unemployment that we’ve had in 50 years.”

PELOSI: “People in the Republican Party are losing their offices now because of the transition. People are not —“

SCHUMER: “When the President brags that he won North Dakota and Indiana, he is in real trouble.”

TRUMP: “I did. We did win North Dakota and Indiana.”

PELOSI: “We came in here in good faith and we’re entering into this kind of a discussion in the public view.”

PELOSI: “I know. It’s not transparency when we are not stipulating to a set of facts and we want to have a debate about you, confront some of these facts.”