It seems to me that Bloomberg is now the one to beat. He took some flak from Warren and others but merely flesh wounds. The Democrats care nothing at all about moral failings. They want power, and he can give it to them. He is the Democrat version of Trump. He may have not a policy thought in his head that will make things better but will work well with the Deep State. He was the mayor of New York so he knows something about politics, and he did set up Bloomberg media so he knows something about running a business and even something about managing an economy. And he is a man who cannot be embarrassed. And the Democrats do not want Sanders.

Look @ this clip of last night's debate where Bloomberg says "I'm the only one here who ever started a business. Is that fair?"

There's a pause of 2 seconds. No 1 answers & Bloomberg says "Okay."

But Bloomberg's campaign deceptively edited video to be more dramatic Tweet 1 of 3 pic.twitter.com/rflUqQzI49

And he already has quite a large number of ads he has already done with many more to come.

Then add this: Bloomberg isn’t beaten: The politicians of America are for sale to their highest donor.

Bloomberg is in the Democratic nomination race for as long as he wants to be. The longer he stays in the race, the greater the amount of money he’ll spread around. The more he spends, the more the party managers and the senators and the governors and, though they’re far too high-minded to admit it, the media will come to see his candidacy as a fact that’s going to go the distance, and a reality to which the smart money should accommodate itself in case Bloomberg’s candidacy becomes a payday. 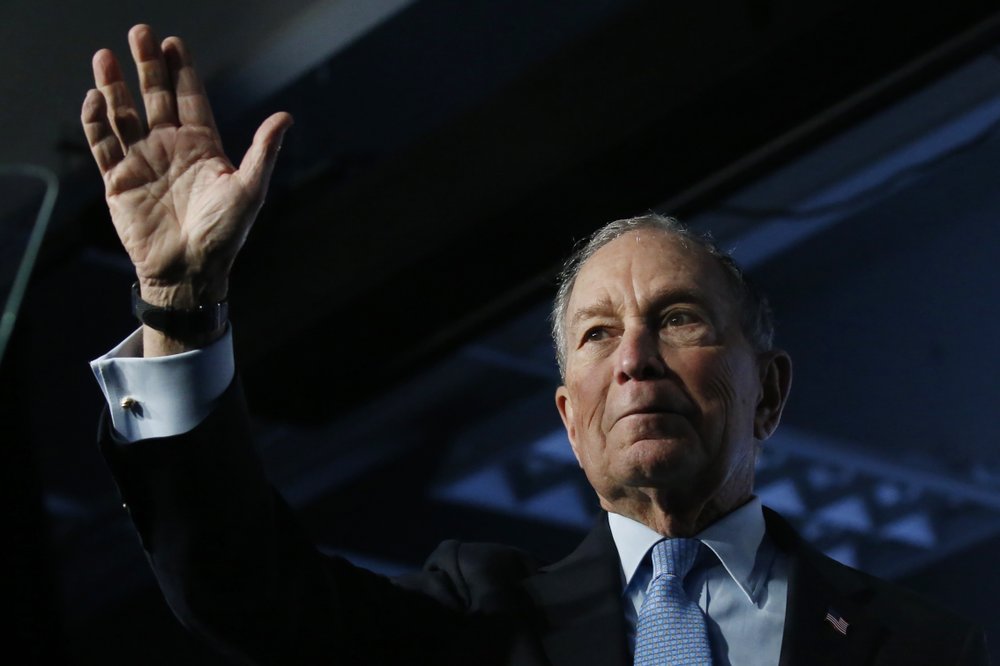 THE HINDEN-BLOOMBERG! NYC mayor goes up in flames at Vegas debate.

Or does he? As John Podhoretz writes in the New York Post, “The thing is, even if the entire night had been the epic disaster the first hour suggested it would be, Bloomberg isn’t going anywhere — and he is likely only to increase his insane level of spending to do what he can to erase memories of his performance.”

As repulsive as he is, among the Democrats he is the least repulsive and has a ton of money to spend.

As if where you put the plants inside China matters to global levels of CO2.

Meanwhile, at almost the same level of idiocy, we have this: China says developed countries lack ‘political will’ on climate goals.

The US$100 billion – which China has said it is entitled to part of – was a non-binding accompaniment to the Paris Agreement, and was the annual amount that rich countries pledged to muster by 2020.

They wouldn’t say it unless they thought there were people who would take it seriously. And there are!