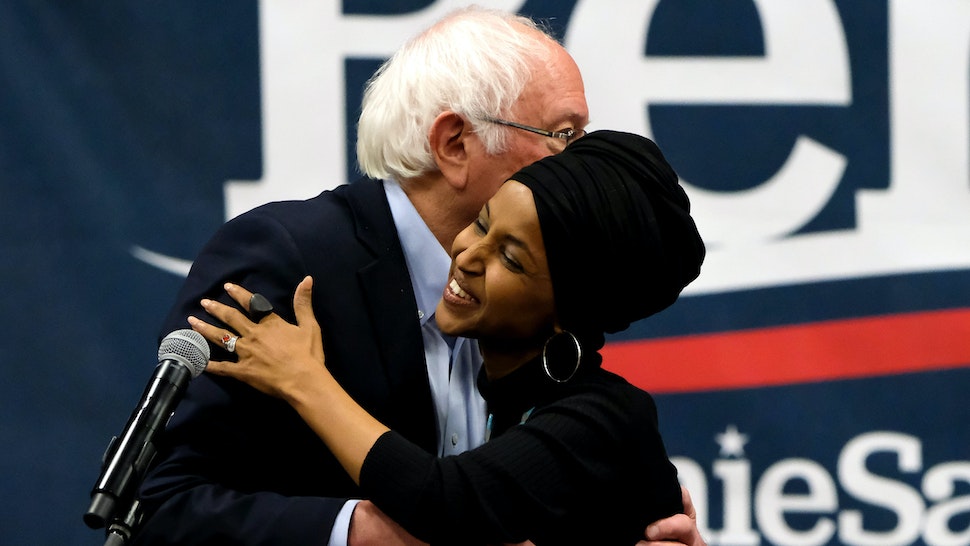 I tend to think of Ilhan Omar as relatively unrepresentative of the trends on the left in the US. She is an Islamist, anti-semitic, anti-American, generally stupid and hardly a leader. Yet there are some very serious and highly insightful people who think this is a very bad mis-reading of what she stands or who she is, and is a particularly bad misunderstanding of what her presence in the midst of the American political system actually means. Scott Johnson has a post today – AMERICAN INGRATE: ILHAN OMAR – in which he discusses a book that has just been released: American Ingrate: Ilhan Omar and the Progressive-Islamist Takeover of the Democratic Party in which the sub-title provides a more sinister take on what she represents. This is all the more so given who have written detailed cover quotes for the book. First, though, the description of the book at Amazon:

In American Ingrate, Federalist Senior Contributor Benjamin Weingarten exposes Ilhan Omar’s radical and revolutionary Left-Islamist agenda, her seminal role in the progressive takeover of the Democratic Party, and the dire threat she poses to U.S. national security by way of her collusion with subversive anti-American forces.

She says that America was “founded by the genocide of indigenous people and on the backs of slaves,” and that “ignorance really is pervasive” among Americans today.

She says America must “dismantle” capitalism and “demilitarize” U.S. foreign policy, which she sees “from the perspective of a foreigner,” tweeting “thousands of Somalis [were] killed by…American forces…#NotTodaySatan.”

She says American support for Israel is “all about the Benjamins baby;” and that American Jews disloyally pledge “allegiance” to Israel’s “apartheid…regime,” which has “hypnotized the world.”

She says of the 9/11 attacks: “some people did something.”

Shockingly, Congresswoman Ilhan Omar’s (D-MN) words merely scratch the surface of her hatred of America—and the West—and divert our gaze from the nefarious actions she is taking to sabotage it from within.

American Ingrate is the defining book on the size, scope, and nature of the threat posed by Representative Omar—the personification of the anti-American Left-Islamist nexus—heightened by her hidden collusion with like-minded adversaries foreign and domestic, and alleged criminality and corruption.

I will provide a single sentence from each of the distinguished authors who have taken the time to read the book and offer their own perspective.

Victor Davis Hanson: “She is a metaphor for a larger American pathology of progressive virtue-signaling, and, ultimately, self-loathing.”

Dennis Prager: “Rep. Ilhan Omar is the new face of the Democratic Party; she not only personifies but leads a Progressive-Islamist alliance held together by the glue of hatred of America, of Judeo-Christian values, of Western civilization, and of Israel.”

Newt Gingrich: “It has become clear that left-wing ideology and extreme identity politics have cultivated a dangerous strain of anti-Semitism in the Democratic Party that is part and parcel of its increasingly anti-Judeo Christian and anti-Western orientation.”

Scott Johnson: “Omar is a leading indicator of the direction of the Democratic Party.”

Lee Smith: “The Democratic party’s inability, or unwillingness, to censure or even criticize the Minnesota congresswoman for her hateful remarks about other Americans, American Jews, is evidence that one of the country’s two major political parties is trending in a dangerous direction—not progressivism but Middle East-style sectarianism.”

Caroline Glick: “Ilhan Omar is no mere “symbol” of diversity. She is a hardcore, radical, ideologue who went into politics to advance her goal of weakening America while making the United States an inhospitable place for Jews and for everyone who doesn’t share her bigoted, hatred for Americans, America, and everything it stands for.”

Ingratitude seems the least of it. She is on a mission with our destruction her ambition.

You should read Scott’s entire column.

They provide a major public service in alerting those who are capable of being alerted to the kinds of ideas that are harboured among the left. We either learn from it, or help them steamroll through our culture and civilisation and replace what we have with one of their own devising.

WE WILL NEVER FORGET! pic.twitter.com/VxrGFRFeJM

From Tucker Carlson: Ilhan Omar ‘Repays Her Adopted Country’ by Attacking It as ‘Hateful and Racist’. This is part of what Carlson said:

“Ilhan Omar’s country collapsed as a child. She lived for years in Kenya in that refugee camp. She may have died there without outside help. But help came, from where? From here, America. And this country didn’t just welcome Ilhan Omar to America, we paid to relocate her family and many others from a foreign continent purely for the sake of being good people, for altruism. Because no country in history has been as generous as we are. To places we have no ties to and no obligation to, we have been kind anyway because that’s who we are. Despite her humble and foreign birth, Omar has been elected to our national law-making body. And good for her. So how does she repay her adopted country, the one that may literally have saved her life? She attacks it as hateful and racist, and for that she is applauded by the Democratic Party because they view this country as hateful and racist too.”

This is what she preferred.

“When you’re a kid and you’re raised in an all-black, all- Muslim environment, nobody really talks to you about your identity. You just are. There is freedom in knowing that you are accepted as your full self. So the notion that there is a conflict with your identity in society was hard at the age of 12.”

And she’s an anti-semite as well.