From Samantha Bee Horrified That Hong Kong Protesters Like Trump, Republicans. I don’t know who she is but assume she is supposed to be a comedian fake-news specialist from the woke side of the equation. Meaning she is a moron who is dealing with one of the major issue of our time, but cannot even hint a teeny weeny bit that perhaps the President is on the right side of an issue and has plenty of support in Hong Kong.

And you never know. She may even have been convinced that the President is acting correctly, wants to show it, but knows she cannot say so to the morons on her side of politics or to the people she works with and still keep her job. The message is, after all, extremely clear. 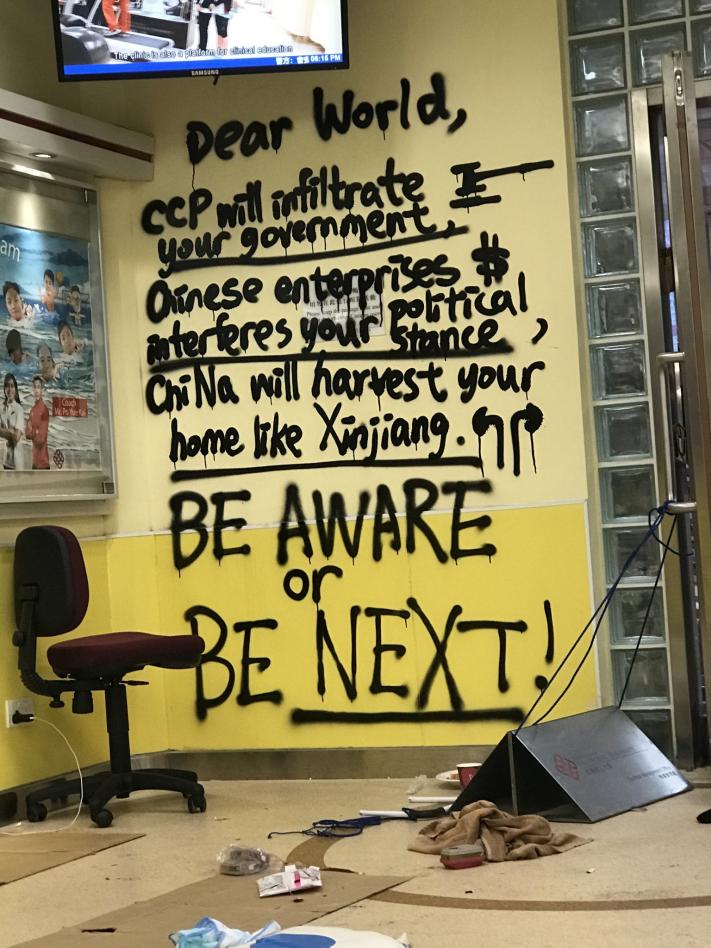 It’s communism one needs to worry about. But as communism is evolving, it is rule by an elite who steal everything and allow the rest to scramble for a living by being employed in the enterprises that the elites already own or control.

One system; many nations, including our own. The picture is from the comments here.

A quite interesting article that adds to our understanding of why China is in such a hurry to shut down Hong Kong: Why People in Hong Kong Have Incomes 5x Higher Than People in China’s Richest Province. It’s not long, but will give you quite an understanding of what has made the difference. But I particularly wanted to point out the principles that lie behind its success.

Most of it is about governments keeping out of the way, which was how we used to run our economies until modern macro rotted the minds of economic policy makers everywhere. Leaving it to the market plus the rule of law works wonders.

Les Mis is a truly misbegotten piece of literature, which has irritated me in the same way each of the times I have seen it. My sympathies are instantly on the side of Inspector Jobert and his attempts to put down the demonstrators in the streets. These radical nitwits have poisoned the wells of western civilisatin and are about to snuff out our entire way of life on behalf of equality, climate change and multiculturalism, three of the most inane causes ever invented.

But what is going on in Hong Kong is different. Same students, same demos, but this time on behalf of conservative and small-l liberal causes. There the students are fighting a desperate, and almost certainly losing battle on behalf of their desire to be governed by people of their own choosing according to their own values based on how things have been done in the past. Alas, their values are personal freedom politically and capitalism economically. They are therefore, as they say, on the wrong side of history, something that all of those fools on the left will immediately understand and therefore viscerally oppose everything these students are trying to preserve.