It’s a shame that the interview ends so abruptly since there was much more he wished to say and which we would have liked to hear. But it is the end of time for the West if the likes of Theresa May are the leaders on our side.

Great enterprises start small. First they put away just one fellow who is causing trouble and when that works they put away a second. You know the one about first they came for the Jews. In this case, first they came for Tommy Robinson. And then, for all practical purposes, he was never heard from again. And while he may be out of sight, he’s not quite yet out of mind: Tommy Robinson’s lawyer lodges appeal, applies for bail. This will also help you understand why you have heard so little from him directly:

They have lodged an appeal against the sentence. That means: they are challenging the judge’s 13 month prison term. Which of course is excessive and disproportionate. And in my view, it’s more punitive than a 13-month term for any other prisoner, because Tommy is so uniquely endangered in the UK’s prisons, many of which are dominated by Muslim criminal gangs, who have in the past attacked Tommy. Last time he was in prison, Tommy had to ask to be put into solitary confinement just to save his life. Obviously no-one can survive for 13 months that way.

So the first appeal is against the sentence.

The second part of Mr. Carson’s note indicates that he is asking for bail for Tommy, until the appeal is heard.

One of the craziest parts of this whole thing was that Tommy went from being scooped up on the street by seven cops, to prison, in a matter of a few hours. That’s absurd — he didn’t even have time to properly instruct a lawyer of his own choosing. Getting Tommy out on bail will not only allow him to visit his family and friends, but it will allow him to have proper meetings with his lawyers.

And the third point is self-explanatory — they’re looking to have this hearing as soon as possible in the court’s schedule.

And then there’s Paul Manafort in the US. Paul Manafort jailed by US judge over witness tampering charges, pending trial. Long story short:

A US federal judge has sent Paul Manafort to jail pending trial after he was charged with witness tampering in the latest episode in a slow fall from grace for a man who was President Donald Trump’s campaign chairman in 2016. . . .

Legal experts have said Mr Mueller wants to keep applying pressure on Mr Manafort to plead guilty and assist prosecutors with the probe. . . .

“Paul’s counsel are filing an expedited appeal,’ Dowd told Fox News. “This is harsh pretrial punishment and an outrageous violation of Paul’s civil liberties at the hands of an Obama appointee.” . . .

None of the charges against him make reference to alleged Russian interference in the election nor the accusations of collusion between Moscow and Trump’s campaign.

Not only can it happen here, it is happening here.

MEANWHILE: From The Mail Online: Preachers of hate back on Britain’s streets: MI5 terror alert as five jihadi leaders linked to London Bridge attack are set to be let out of jail by the end of the year.

Police and security chiefs fear the high command of an extremist group that inspired a generation of jihadis will soon be free again to preach hate on Britain’s streets.

Five senior figures in Al-Muhajiroun, whose former members include London Bridge attacker Khuram Butt and Michael Adebolajo, one of Fusilier Lee Rigby’s killers, are expected to be released from prison by the end of the year.

Among them is Anjem Choudary, who is due for release in October having served less than half of a five-and-half-year sentence for inviting support for IS.

That was from National Review relayed through Drudge. Glenn Reynolds at Instapundithas also linked to the article with these words:

Read the whole thing. The British authorities have behaved contemptibly here. Their behavior is what one might expect from an occupation government under a foreign conqueror.

This then is from Powerline, and the question put was, how much resolve is there? And the unmistakable answer is there is hardly any resolve at all. This is the article: The Global Establishment Closes Ranks Against Tommy Robinson, but what I am more interested in are the comments that followed.

It’s the globalists against the nationalists across the board. In Britain, they want to censure free speech because the Deep state there is trying to overturn Brexit. In Italy, the globalists are subverting Democracy when it doesn’t return the results they want, just as they’re doing in America. For us, it isn’t about dems vs repubs, it’s globalists vs nationalists. the leadership of the GOPe side with the globaalists.

So instead of sequestering a single jury the entire country is kept from knowing the facts of the case.

The Islamists might as well be in charge in Britain, assuming that they aren’t in charge already.

The nice British politicians have been in control too long, have allowed massive immigration by mohammedans too long, have kow-towed to the filthy, rabid dog mohammedan invaders too long, have put up with the alien mohammedan ideology too long. It is time, and high time too get rid of those nice British politicians, one way or the other. Where are Nigel Farrage and Daniel Hannon and anyone–there must be others–who think as they do? The Saturday demonstration in front of Whitehall in support of Tommy must have some meaning. Is the whole UK going morally rotten? We were hoping it was just the politicians for life and the situation could be corrected.

Daniel Hannon? That articulate “conservative” gentleman actually favored Obama, don’t you know? And yes, the whole UK, at least their leadership and their establishment, have gone morally rotten and cowardly. Nigel Farage is an exception.

Britain is lost. It is ironic that the free countries in Europe are those that were in the Warsaw Pact. They saw tyranny up close and didn’t like it.

I don’t understand how the British themselves make sense to themselves about what is going on. It is a mystery and has been from the moment the story surrounding the events that are captured by the name “Rotherham” first came to light. Do the British “elites” really not care what happens to working class children where little girls are being systematically raped?

How’s he gonna get a fair trial? 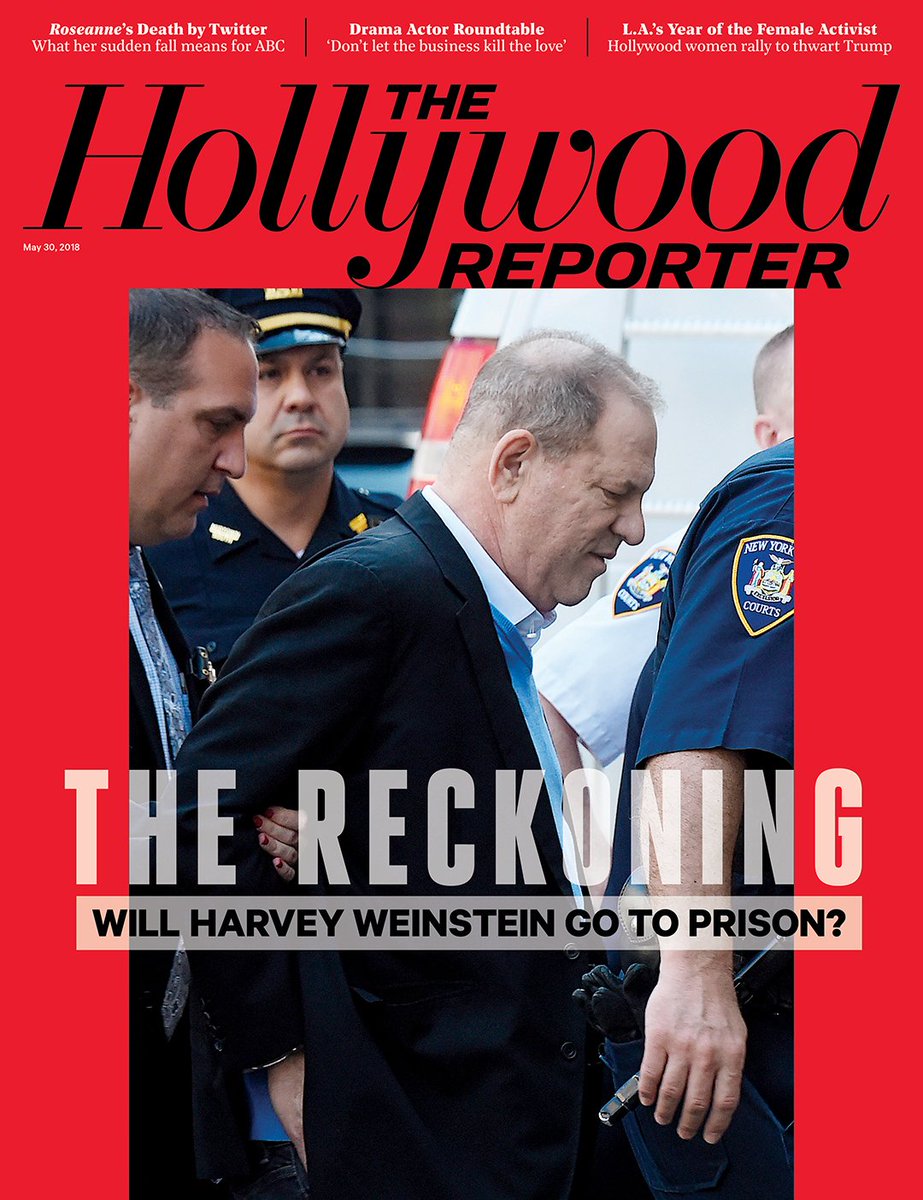 We will start with Mark Steyn with his title taken from Kipling: “Tommy this, an’ Tommy that …an’ Tommy go away”. He has actually gone away, into the first British gulag, imprisoned for his political opinions, and placed in an environment where death is a genuine possibility. This is the backstory, in case you still don’t know:

On Friday, Robinson was livestreaming (from his telephone) outside Leeds Crown Court where last week’s Grooming Gang of the Week were on trial for “grooming” – the useless euphemism for industrial-scale child gang rape and sex slavery by large numbers of … men with the active connivance (as I pointed out to the Sky guys) of every organ of the state: social workers, police, politicians. Oh, and also the media.

And this: UK in shock as judge covers up Soviet-style disappearance of journalist. From which:

According to Fox News:

Sources with knowledge of Robinson’s case spoke on condition of anonymity in part because of fear they would be arrested for contempt. One told Fox that Robinson’s lawyer warned that, considering the presence of … gang members in prison, a 13-month sentence was tantamount to a death sentence.

“Tommy’s lawyer said he will likely die in jail given his profile and previous credible threats, and the judge basically said he doesn’t care,” the source said. “He sentenced him to 13 months in prison.”

This is our world. It’s like suddenly finding oneself somewhere in Germany on the morning of the 31st of January 1933.

Paul Weston – described here on Wikipedia as “far right”. If he is, then so are you.

The lights are again going out all across Europe, and this time perhaps forever.

“Great” Britain Imprisons Man for Speaking Out Against Child Rape

Tommy Robinson sentenced to a year in prison: The shocking facts UK authorities are trying to keep secret

[DUTCH] Parliamentary Questions on the Arrest of Tommy Robinson