If you think my title is over the top, watch the video. From the ABC of all things! The portrayal here is truly terrifying and should be circulated as widely as possible.

Last night, in a cab home from a late night venue, our driver was Chinese so I asked him about his background and how he was able to migrate to Australia. Turns out he is unemployable inside his own profession but with a degree in science. So I asked him about “social credit” and he went on about Mao and communism to the point where he reached my own levels of antipathy and disgust. All of which he had learned from his parents who, he said, he trusted since they were the ones who brought him his food, while he completely distrusted the lies he was fed in School and by the government of China. We sat in front of the house for ten minutes talking after we got home, and with the meter off. Actually tipped him and from my own money as well. Really, if this doesn’t scare people into some kind of sober reality, I don’t know what would.

China is marrying Big Brother to Big Data. Every citizen will be watched and their behaviour scored in the most ambitious and sophisticated system of social control in history. Matthew Carney reports.

And if you are not terrified by this you have no idea when to be frightened. Orwell was fiction. What they are doing in China is an actual present-day reality that any country can adopt since the technology and the methodology both already exist and will only keep getting better as time goes by.

And there’s more here: China has started ranking citizens with a creepy ‘social credit’ system — here’s what you can do wrong, and the embarrassing, demeaning ways they can punish you. 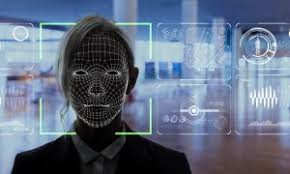 Here is how it’s being done in Britain: Britain creates a more hostile environment for immigrants.

“Promiscuity or sexual preference within the law. Drinking or gambling. Eccentricity, including beliefs, appearance and lifestyle.” These are just a few of the criteria that Britain can use to deny citizenship, if “by the scale and persistence of their behaviour, [applicants have] made themselves notorious in their local or the wider community.”

Reading the wrong sort of blog will soon be part of the protocol. Meanwhile, the Chinese are leading the way.

In the West, we have tended to leave it to the private sector, with Facebook, Twitter and Google deciding what you should know, what you can say and what information you can access. We are only however just starting. Lots more to come.