Some people thought that Billy Porter “For What It’s Worth” cover at the end of the DNC would convince people to vote for the Democrats. Perhaps some did. This adjustment to the visuals might now make them decide not to, especially since it is more honest and accurate.

From Watch Antifa Run When Portland Police Rush Them, It Doesn’t End Well for Them.

Early Friday morning, hundreds of Antifa attacked police and the North Precinct in Portland. They tried to set up another autonomous zone around the precinct with fencing and dumpsters, tried to lock police in the precinct and light it on fire, and pelted the police outside with objects like glass bottles.

See what happened then.

.@PortlandPolice rushed in after #antifa rioters began trying to barricade the Central Precinct (they did that last night to North Precinct & set it in fire). Police knock rioters to the ground, angering their comrades. #BlackLivesMatter pic.twitter.com/NEdF2elcry

There is more at the link and more videos too. 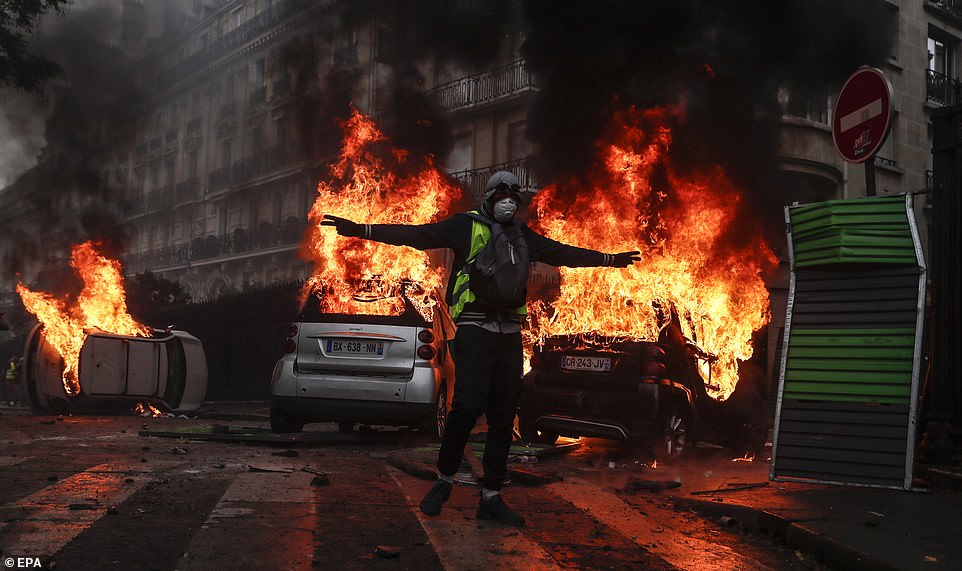 That was Drudge; this is Instapundit.

MORE ON THE FRENCH RIOTS: “There are parallels between what is happening in France and almost every other developed country, including Canada, as comfortable urban elites seek to impose their climate change agenda on a broader population just struggling to pay its bills and earn an honest buck. No amount of hand-wringing over the fate of the planet, be it by the IPCC or by the likes of Ms. Binoche, is going to resonate with people who do not feel the elites have their interests at heart.”

Especially when they don’t. Also, an elite whose main theme is how morally superior it is to its countrymen is in a poor position to call for sacrifice.

How would it be if Labor abandoned the Paris Accords and then stopped the boats? Shorten would be Prime Minister for life. At least the Libs should try this out since they are already half way there on stopping the boats while everything else is a sure loser.