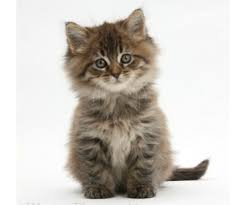 Must say, when I arrived here from Canada back in 1975 I was quite astonished then to find Coon Cheese on sale. A North American impossibility both then and now but an absolutely nothing-at-all here in Australia. It is just the name of a cheese, named after the man who invented the blend, and a cheese that I happen to like very much. Different words in different cultures. You just get used to boots and bonnets. It’s the Australian way, which means it is our way. I could add that the main clothing brand in Canada is Roots, which definitely would not work out in Australia.

Let me go even further. When our latest pussycat joined our household – eight years ago – turned out she is a “Maine Coon” which is a breed of cat whose name no one seems to bat an eye at, neither here nor in North America. She is, after all, a Maine coon. Let me continue with three letters to the editor at The Oz the other day.

I fail to understand why Dr Stephen Hagan would spend so much time and effort on an issue such as Coon cheese (“Era ends as Coon cheese name cut”, 25-26/7). As a person who has worked in outback NSW and Queensland as well as living and working out of Port Augusta in South Australia and travelling to site work in the Northern Territory and Western Australia, I have seen the plight of remote Aborigines first hand. There will be no Aborigines in Port Augusta doing high-fives or cartwheels over the renaming of Coon cheese.

Hagan spent the first seven years of his life in a camp outside Cunnamulla in southwest Queensland before moving to a new house in town. Being a high achiever, he attended boarding school in Brisbane and, among other things, went on to become one of Australia’s first indigenous diplomats. He then became a lecturer at the University of Southern Queensland — good on him, a great career. It would seem, though, that Hagan’s circle of fellow activists and like-minded colleagues are not in sync with the real needs of Aboriginal people in the areas I have mentioned.

According to the genealogy website Ancestry, there are several origins of the name “Coon”. Anglicised Gaelic — “O’Cuana; Anglicised German – “Kuhn”; Anglicised Dutch — “Coen” or “Koen”. A whole lot of people to chase down because of perceived racist names. Then, of course, we have the 35 people listed in the Australian White Pages with the name “Coon”, plus their families.

Racism is a sad blight on civilisation and should not be accepted in any form. Sadly, I think pursuing dreamed up racism is counterproductive and aligned with the conjured up targeting of statues and monuments because someone thinks that these commemorate things that today we regret.

It is why I think Australia is the last sane place left in the Western world. As a dinky-di Aussie-Canadian, let me just suggest the name should be left as it was.