When I was growing up, feminism ran with the line that males and females were in all respects identical so that different outcomes were proof of sexism. And so far as I could see, unless men and women were identical in all important respects, then differential outcomes could not be sheeted home to bias but might just be how things are. And then there was Men are from Mars and Women are from Venus which basically said that men and women were different which, to my amazement, no one objected to, but which seemed to ruin the narrative. And now just today, this: Proof that girls and boys are born to be different: Controversial study finds that brain differences between the sexes begin in the womb.

In a scientific first, researchers claim to have found that differences between men’s and women’s brains start in the womb.

The conclusion is likely to be controversial, with some experts claiming social influences are more important.

But scientists who did brain scans of 118 foetuses in the second half of pregnancy to analyse the links between gender and the connectivity of a developing brain believe the differences are biological.

Well, how unexpected is that! Not the conclusion, of course, but that it was ever published.

Plus this, if common sense is your kind of thing.

To which may be added this: Denying the Neuroscience of Sex Differences which many are prone to do. From the article:

For decades neuroscience, like most research areas, overwhelmingly studied only males, assuming that everything fundamental to know about females would be learned by studying males. I know — I did this myself early in my career. Most neuroscientists assumed that differences between males and females, if they exist at all, are not fundamental, that is, not essential for understanding brain structure or function. Instead, we assumed that sex differences result from undulating sex hormones (typically viewed as a sort of pesky feature of the female), and/or from different life experiences (“culture”). In either case, they were dismissable in our search for the fundamental. In truth, it was always a strange assumption, but so it was.

Gradually however, and inexorably, we neuroscientists are seeing just how profoundly wrong — and in fact disproportionately harmful to women — that assumption was, especially in the context of understanding and treating brain disorders. Any reader wishing to confirm what I am writing can easily start by perusing online the January/February 2017 issue of the Journal of Neuroscience Research, the first ever of any neuroscience journal devoted to the topic of sex differences in its entirety. All 70 papers, spanning the neuroscience spectrum, are open access to the public.

I can also now see how all of this has ended up being published since not recognising that these differences exist is “in fact disproportionately harmful to women”. Without that, there is no way these conclusions could have seen the light of day, as the author notes himself.

But the remarkable and unprecedented growth in research demonstrating biologically-based sex influences on brain function triggered 5-alarm fire bells in those who believe that such biological influences cannot exist.

Since Simone de Beauvoir in the early 1950s famously asserted that “One is not born, but rather becomes, a woman,” and John Money at Johns Hopkins shortly thereafter introduced the term “gender” (borrowed from linguistics) to avoid the biological implications of the word “sex,” a belief that no meaningful differences exist in the brains of women and men has dominated U.S. culture. And God help you if you suggest otherwise! Gloria Steinem once called sex differences research “anti-American crazy thinking.” Senior colleagues warned me as an untenured professor around the year 2000 that studying sex differences would be career suicide. This new book by Rippon marks the latest salvo by a very small but vocal group of anti-sex difference individuals determined to perpetuate this cultural myth.

So, it is now clear that if you want to promote some idea, you have to show it conforms to some major cultural myth of the left. How’s this: “free markets are the most important ingredient in a socialist economy”.

PLUS THIS: A BIT MORE ON WHAT IS NOT REPORTED: That being PDT’s own personal reaction. TRUMP RAGES: People Have Done ‘Evil Things, Very Bad Things … Treasonous Things Against Our Country’.

“It lasted a long time. We’re glad it’s over. It’s 100% the way it should have been. I wish it could have gone a lot sooner, a lot quicker. There are a lot of people out there that have done some very, very evil things, very bad things. I would say treasonous things against our country and hopefully that people that have done such harm to our country, we’ve gone through a period of really bad things happening,” the president said.

Trump added that if he has his way, those who investigated him will themselves be investigated.

“Those people will certainly be looked at. I’ve been looking at them for a long time and I’m saying why haven’t they been looked at? They lied to Congress. Many of them, you know who they are, they’ve done so many evil things,” he said.

Trump also said he wants to make sure that what he’s endured never happens to another president.

“Lock her up” was the mantra during the election, and it might soon apply to a number of those who worked with and supported Mueller. As Emerson said: “When you strike at a king, you must kill him.” Same may go for Presidents.

AND TO ADD A BIT OF LOCAL COLOUR: From Mark Steyn but only if spy novels and John le Carré is your kind of thing: Tinker, Tailor, Clapper, Carter, Downer, Halper, Spy. Includes this in the midst of a much much longer story:

Another digression: Mr Downer was Australia’s longest serving foreign minister and, as I used to say in those days, “my favorite foreign minister”…. At any rate Mr Downer relayed the information about young George to Aussie Intelligence back home. Canberra sat on the info for two months and then passed it along to the Yanks in late July, just in time for that FISA application. And so, as July turned to August, Peter Strzok bade farewell to his “paramour” Lisa Page and flew to London for a sit-down with the High Commissioner at Australia House.

Let me start with this as a preamble, from: Thomas Sowell Is Right to Predict a Socialist America:

Recently, Thomas Sowell appeared on the Fox Business Network. The host, David Asman, asked Sowell whether America will go down the dark and dangerous road of socialism:

The future of America — do you think that we are destined to go through a period of socialism, a period where these ideas that have not worked wherever they have been tried and will not work here, will be tried here, and could bring down our country?

Which leads to this.

The only people who laugh at conspiracies are conspirators themselves trying to divert attention from what they are doing.

For background there are also these. First: 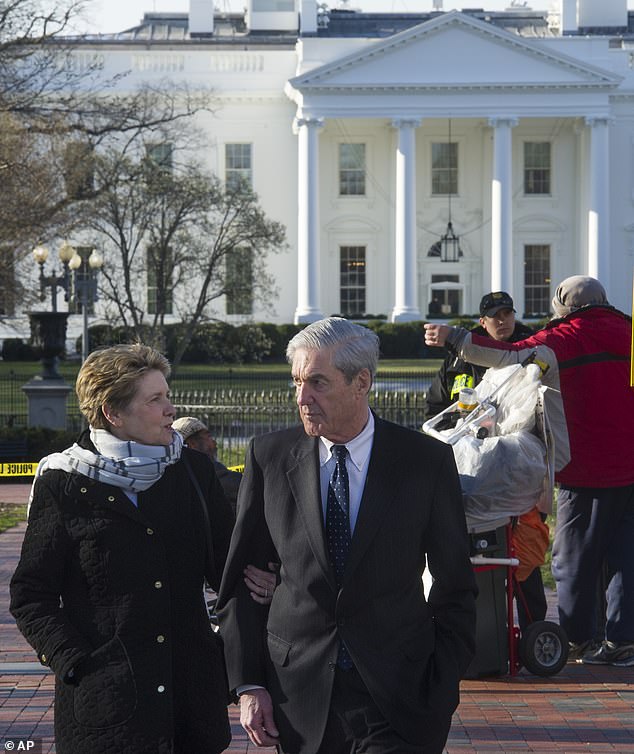 TRUMP WINS!
CAMPAIGN DID NOT COLLUDE WITH RUSSIANS
MUELLER DOES NOT FIND OBSTRUCTION*
NO PROOF OF CRIMES
BARR TEXT

It’s now official. There was never any collusion between Russia and the Trump Campaign. But everyone knew that, and has always known that. This was just a device to undo the election result. The most interesting outcome at this stage is to appreciate just how well PDT has played this out. He could have brought it to an end at any time, fired Mueller and taken the heat, but let it work itself through to the end.

The media and the left have shown that the media is the left. The Democrats have demonstrated their utter lack of morality. But for all that,there are still immense forces at work that might yet pull the US down, that would make it an ungovernable mess.

Jordan Peterson: I wish Cambridge’s Faculty of Divinity the obscurity it deeply deserves. The sub-head:

And this puts it all into perspective:

Since their posting, beginning in May of 2017, these lectures have received about 10 million hits (as well as an equal or greater number of downloads). The first lecture alone — on the first sentence of Genesis — has garnered 3.7 million views just on YouTube, which makes it the most well-received of all the talks I have ever posted online. I have received correspondence in great volume from religious people all over the world, Jews, Christians, Buddhists and Muslims alike — and an equally large number from atheists — all telling me that my psychological take on the Genesis material resonated very strongly with their faith, or that it helped them understand for the first time the value of these stories. You can see this for yourself by reading the comments on the YouTube channel, which are remarkably civilized and positive, by social media standards.

Peterson is clearly insulted by his treatment, and says just what is the case, that it is Cambridge that is diminished by its decision.

Why are these lefty idiots so upset about Mueller not intending to indict the President? Why aren’t they relieved that there was no conspiracy to subvert their democracy? Because they are dishonest swine who care not a whit about truth, justice or the democratic order. Here’s the answer.

ALL BECAUSE DEMOCRATS COULDN’T ACCEPT AN ELECTION RESULT:

They stand for nothing other than power. No decency, no morality, nothing but the raw assertion of power.

From this week’s This Week in Pictures. 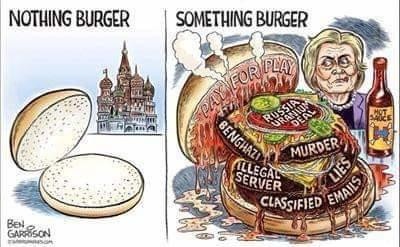 Donald Trump is easily the least corrupt person ever to reach high office anywhere. Two years of turning over every rock and nothing, not an indictable offence to be found. He is not a sinless man of no imperfections. But he has run as honest an administration as one is likely to find. First from Drudge. 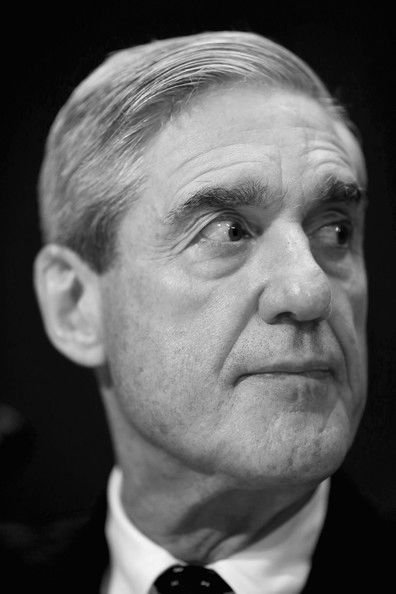 And a bit more from Instapundit.

ROGER SIMON: The American Media Destroyed Themselves Over Mueller. This is the line up for the fiftieth anniversary concert and I do not know a single person or group performing over the entire three days (except for Santana and Country Joe MacDonald, of course, if it’s the same Santana and the same Country Joe).

This, however, I can relate to: 33 Pictures That Show How Insanely Cool The Original Woodstock Was. And I have to say that this still seems to be how people dress and aim to look like (if you are still in your early twenties, that is). A mad time was had by all. I only wish our culture had grown out of it. Instead, things have only gotten worse.

An amazing interview, that starts slowly but truly builds. The PM has the better of the argument and represented Australia just as it is. Meanwhile Waleed is trying to be as divisive as he possibly can, challenging the PM’s good faith. The PM defended both himself, his Party and our country extremely well. He is exasperated by the stupidity and ill-will of the interviewer who spends oceans of time over the utterly irrelevant issues, such as whether there will be a preference deal with One Nation at the next election.

I now really like Scott Morrison. He took the creepy trouble-making Waleed head on, completely routing him on every point he raised.

And don’t forget this bit of background as you watch the interview.