What expertise does someone appointed to the Human Rights Commission need to have? What is an expert in “human rights” and what do such people know that the rest of us might not? They pay these people a third of a million dollars a year, but what are they other than friends of those who make the appointments? Do they know the difference between good and evil? Can they even explain the difference between right and wrong? What exactly are we allowed to do and not allowed to do? Is the law merely made up of their own personal judgement? Are they given the right to plague other people because of their own personal opinions? Who are they and what do they know about anything?

Let us start with this story from Janet Albrechtsen:

Consider the poor barber at the Hunters Hill Barber Shop. Late last year Sam Rahim turned away a woman who wanted him to cut her daughter’s hair. Sam the barber told her he was qualified only to cut boys’ hair, politely directing her to a salon up the road. She took to social media and ran to the Australian Human Rights Commission claiming he breached anti-discrimination laws. He offered an apology. And now he has been served with court papers for a claim that he breached the Sex Discrimination Act.

Sam and his wife, Ronda, have set up a GoFundMe page because, as he told the media, “The legal costs are more than we have ever anticipated.”

Seriously, in what possible way is this a human rights issue? Do these people even have the foggiest idea what human rights are? Because of their oceanic ignorance, they are in the process of discrediting one of the most important concepts at the heart of Western civilisation.

Let me continue with Tim Blair in a post he titles, Finest intro ever written:

Actually, although there are no doubt many strong points, I wasn’t able to read anything beyond that opening line due to tequila shots.

So following from Tim and Miranda, let me take you to Frank Chung: For $340,000 a year, we deserve better than Race Discrimination Commissioner Tim Soutphommasane which has as its subhead:

AUSTRALIA’S race discrimination commissioner has lamented the “dismal” fact that there are too many white people in top positions.

These are Frank’s last two paras:

There may be many reasons for the lack of one-to-one population representation at the very highest levels of business and politics — but for the Race Discrimination Commissioner, when you’re a hammer, everything looks like a nail.

For someone who is paid $340,000 a year to come up with this dross, it’s not surprising the concept of meritocracy is a foreign one. Or is that being racist?

Forget about good and evil or right and wrong, of which these people appear to have no clear idea at all. How about just something as simple as profit and loss, something else they have no clear idea about at all. If they really think it is a human rights issue for a men’s barber not to cut women’s hair, they need to be sent to a re-education camp as soon as possible and for as long as it takes. And just in case they don’t get it, which is likely, this is just meant as a joke.

DON’T KNOW MUCH ABOUT HISTORY: Holocaust Museum tour by lawmaker who said Jews control the weather does not go well.

The photo, taken in 1935, depicts a woman in a dark dress shuffling down a street in Norden, Germany. A large sign hangs from her neck: “I am a German girl and allowed myself to be defiled by a Jew.” She is surrounded by Nazi stormtroopers.

Lynn Williams, an expert on educational programs at the U.S. Holocaust Memorial Museum and White’s tour guide for the day, stared at the photo.

“No,” she said. “They’re marching her through.”

“Marching through is protecting,” White said.

The tour, scheduled to last 90 minutes, was halfway done. Seven of White’s staff members stayed with the guide, who soon was showing them an exhibit on the Warsaw Ghetto. As she explained the walling in of Polish Jews, one aide asked whether it was similar to “a gated community.”

“Yeah, I wouldn’t call it a gated community,” she said. “More like a prison.”

The link is to Old Time Radio. Some examples below just to fill out the post. 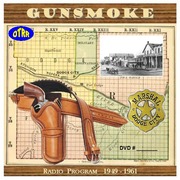 Let us begin with Tim Blair in a post he titles, Finest intro ever written:

Actually, although there are no doubt many strong points, I wasn’t able to read anything beyond that opening line due to tequila shots.

So following from Tim and Miranda, let me take you to Frank Chung: For $340,000 a year, we deserve better than Race Discrimination Commissioner Tim Soutphommasane which has as its subhead:

AUSTRALIA’S race discrimination commissioner has lamented the “dismal” fact that there are too many white people in top positions.

I will leave you with Frank’s last two paras:

There may be many reasons for the lack of one-to-one population representation at the very highest levels of business and politics — but for the Race Discrimination Commissioner, when you’re a hammer, everything looks like a nail.

For someone who is paid $340,000 a year to come up with this dross, it’s not surprising the concept of meritocracy is a foreign one. Or is that being racist?

This is so spot on it’s amazing no one has said it before. He is talking about the stabbings in London:

“All of the attacks are non-white, and so they cannot be truthfully addressed by the British government or the Met Police or the BBC because of political correctness.

“What this means is that the perpetrator is considered to be as much of a victim as the actual victim.”

Soon they will have to start arresting the people who are stabbed for incitement to violence.

MICHAEL MUKASEY: Trump, Cohen, and Attorney-Client Privilege: The protection has limits, but is it worth testing them over a possible campaign-finance offense?

After anthrax spores killed five people, infected 17 others, and showed up in envelopes mailed to U.S. senators and media organizations in 2001, the current special counsel, then director of the Federal Bureau of Investigation, spent years chasing and destroying the reputation of a microbiologist named Steven Hatfill, zealous in the belief that Mr. Hatfill was the guilty party. Another zealot, James Comey, then deputy attorney general, said he was “absolutely certain” no mistake had been made.

After Mr. Hatfill was exonerated—he received more than $5.5 million in damages from the government—Mr. Mueller then decided that another microbiologist, Bruce Ivins, was the culprit. When Ivins committed suicide, Mr. Mueller pronounced the case closed. A subsequent investigation by the National Academy of Sciences suggests Ivins too was innocent.

Mr. Mueller is not a bad man, nor is Mr. Comey. It’s just that both show particular confidence when making mistakes, which makes one grateful for safeguards like the attorney-client privilege.

Well, I wouldn’t say that Mueller and Comey are good men. And neither has faced any significant accountability for his mistakes and misbehavior.

Not bad men! They are evil beyond belief.

Stormy Daniels is still news, but this barely raises a ripple: US and North Korea holding ‘extremely high level’ talks ahead of Trump’s meeting with Kim Jong-un.

“We’ll either have a very good meeting or we won’t have a good meeting,” he added. “And maybe we won’t even have a meeting at all, depending on what’s going in. But I think that there’s a great chance to solve a world problem.” The president did not answer shouted questions about whether he has spoken with Kim.

Kim’s offer for a summit was initially conveyed to Trump by South Korea last month, and the president shocked many when it was announced that he had accepted. US officials have indicated over the past two weeks that North Korea’s government has communicated directly with Washington that it is ready to discuss its nuclear weapons program.

Abe, who has voiced fears that short- and medium-range missiles that pose a threat to Japan might not be part of the US negotiations, praised Trump on Tuesday for his bravery in agreeing to meet with the North Korean dictator.

“I’d like to commend Donald’s courage in his decision to have the upcoming summit meeting with the North Korean leader,” Abe said.

Trump took credit for the inter-Korean talks, saying, “Without us and without me, in particular, I guess you would have to say, they wouldn’t be discussing anything.”

Time Magazine does, however, find the right sort of nincompoop analysis: Will Trump Make a Bad Deal With North Korea?

You never know, but he’ll likely make a better deal than anyone else has since 1950. But it is a funny thing that I share one worry with the media and the left: whether Trump will make it for another seven years. The difference is they worry that he will and I worry that he won’t.

Slightly adapted from this article where the reference is to health care:

Let us for a moment consider the land of the sane. In the land of the sane, education is a business, and a business generally has two categories of workers: line and staff. Line workers generate revenue by directly participating in the company’s line of business. Staff workers consume revenue in their roles supporting the line positions. A smart business seeks to balance the two kinds, maximizing the number of line positions while minimizing the number of staff positions.

Where revenue is driven by governments cost control all but disappears.

EVERYDAY
I think about dying.
About disease, starvation,
violence, terrorism, war,
the end of the world.

It helps
keep my mind off things.

On the way to work and to the train, I first pass a Jewish primary school, and then when I turn the corner, on the right there is the Holocaust Centre and on the left there used to be the main Melbourne building of the ABC, the major mouthpiece for anti-Israeli thought in Australia. The left only loves victims. If you cannot be classed as a victim, they will support any of your enemies as long as they can be declared a victim, and if they can be made out to be victims of the Jews, all the better.

We Jews cannot survive without friends. Whether in the Middle East or in the countries in which we were born, survival, actual physical survival, depends on the good will of others. No Jew is unrelated to someone who has been murdered for being Jewish. Every Jew is aware of this, and every Jew has a strategy, whether it is to join with our enemies and show how wonderful we are, or to oppose our enemies and risk creating even greater hatreds.

Sultan Knisch has written an article he titles Betrayal of the Holocaust. He begins:

When we talk about the Holocaust, we are talking about the mass murder of millions of Jews.

The dead included my grandparents and countless others, shot, starved, gassed, beaten to death and buried in mass graves. And yet the lessons of the Holocaust in its commemorations rarely have anything to do with Jewish lives.

So in the memory of the Holocaust many Jews are helping to open our borders to some of the most vile anti-semites who have ever lived. It is a strategy, but, I fear, not one that will be blessed with success. If Christian culture does not survive, neither will the Jews.