You could get that impression by reading your daily paper or listening to the usual sources. Here is James Delingpole to set you straight: No, Donald Trump Hasn’t Suddenly Gone Soft on ‘Global Warming’. Here to calm your nerves is a quote he gives us from Trump that really is astonishing. The question is about whether there is any connection between human action and the weather:

We’re not a competitive nation with other nations anymore. We have to make ourselves competitive. We’re not competitive for a lot of reasons.

That’s becoming more and more of the reason. Because a lot of these countries that we do business with, they make deals with our president, or whoever, and then they don’t adhere to the deals, you know that. And it’s much less expensive for their companies to produce products. So I’m going to be studying that very hard, and I think I have a very big voice in it. And I think my voice is listened to, especially by people that don’t believe in it. And we’ll let you know.

Millennials wonder why their job prospects are as lousy as they are and their incomes are so low. Here is part of the reason why.

I have seen some pretty disgraceful things since the election, but this must rise to the top. This is from The Economist Intelligence Unit, sent to me by an undercover agent who will remain unknown, but does have my thanks. Even to raise the question is near enough beyond the pale – Do you think China has a better system for political transition than the US? – but the fellow who has asked it, their Chief Economist, must at least entertain the idea as a possibility, if it is not actually his own personal belief. If you were ever in doubt of the necessity in electing Trump as president, have doubts no more.

This is Conrad Black speaking for the most part nicely about Obama, but he also thinks nicely about FDR so it is par for the course. Nevertheless, he also says this:

So this is the legacy the president and his press-ubiquitous claque are clangorously raising heavenwards like a messianic effigy. A depression was avoided by doubling 233 years of accumulated national debt in seven years to get an annual economic-growth rate of 1%, as 15 million people have dropped out of the work force. The auto rescue could have been much better designed and even Chapter Eleven for Chrysler and General Motors would not have repudiated corporate bonds altogether, would have provided a pittance for the equity-holders rather than nothing, and would not have handed control of much of the industry to the self-destructively greedy United Auto Workers who were at least half the problem in the first place.

Wall Street “reform” has meant stifling red tape, a witch hunt among traders and fund managers but continued fiscal subsidization of those who substitute velocity of money-transactions in place of activities that add value, precisely the practice that Mr. Obama denounces elsewhere in Mr. Remnick’s article as creating the menace of increasing unemployment and income disparity, dangers that this administration has done nothing to allay.

“Banning torture” means stopping waterboarding, which is frightening but not painful and may, in some conditions, be justifiable in counterterrorism. “Marriage equality” is a state-by-state matter and the legalization was by the Supreme Court, and the whole issue is the applicability of the word “marriage,” not the right to same-sex civil union. Lilly Ledbetter, for the 99% of readers who would not know, involves the Supreme Court decision allowing limitations on claims of discriminatory pay-scales to begin at the last paycheck — hardly a ground-shaking tweak of the law, though a respectable reform.

Justices Sotomayor and Kagan are acceptable judges but no better than most confirmed under recent presidents of both parties. The whole court has gone to sleep while the Bill of Rights has putrefied, and there is no sign that Justice Kagan, an ex-solicitor general, will do anything about it. “The end of the Iraq War” was thoughtlessly hasty and spawned the Islamic State, handed 60% of Iraqis to the overlordship of Iran, and helped generate an immense humanitarian crisis (a fact that Mr. Trump and Senator Sanders were the only presidential candidates to acknowledge).

The “opening of Cuba” just legitimized the Cuban seizure of American assets and accomplished nothing for anyone, least of all the victims of the Stalinist Castro regime. The Paris climate-change agreement was unspecific piffle about an unproved threat. Two relatively scandal-free terms could be said of all 13 previous two-full-term presidents except Grant and Mr. Clinton. The elimination of bin Laden is conceded as a fine achievement, and Obamacare, “heavy investment in renewable-energy technologies,” and the Iran nuclear deal are all almost unmitigated disasters.

For me, Obama cannot be gone soon enough. Whatever patriotism he had was never in my view to the United States of America. More to my taste is this, the first of the “top” comments at Instapundit:

“It would have been no less fair for the Republicans to have tied Mr. Obama hand-and-foot to Bill Ayers and Jeremiah Wright.” Are you fucking kidding me? It is precisely the GOP’s refusal to go after Obama for his sordid America-hating past that made conservatives and Republicans so disgusted with Romney and McCain. Obama was a target a mile wide … and the GOP didn’t even pull its gun out of the holster … All because the GOP has no balls…And worries about one thing .. Will the media call the GOP names? Pathetic. I have zero respect for the GOP for one main reason…They do not fight and expose the Dems for what they are….treasonous socialist racist America hating scumbags.

The Israel Antiquities Authority said on Wednesday the jug, dating back to what archaeologists refer to as the Middle Bronze Age, had been found during an excavation in Yehud, a Tel Aviv suburb.

“It seems that at first the jug, which is typical of the period, was prepared and afterwards the unique sculpture was added, the likes of which have never before been discovered in previous research,” said Gilad Itach, who directed the excavation, which included teenage diggers.

“One can see that the face of the figure seems to be resting on its hand as if in a state of reflection,” he said.

The oddest part about many of the decisions Gillian Triggs has made is that she has done more to discredit the notion of human rights abuse than any actual instance uncovered since she came to head the AHRC. Is there more to this latest instance or is it as bizarre as it sounds:

A TOP tech firm has been told to cough up $76,639 in compo to a drug dealer, after besieged human rights boss Gillian Triggs ruled he had been unfairly fired over his criminal record.

The Australian Human Rights Commission (AHRC) wants Data#3 to pay the sacked IT consultant $71,639 in lost earnings plus $5000 in compo for “hurt, humiliation and distress as a result of being discriminated against’’.

Ms Triggs — whose politically-correct decisions have triggered calls for her resignation as AHRC president — gave the eyebrow-raising edict that obtaining a security clearance or passing a police check were not “inherent requirements’’ of the IT job.

But Data#3, which does sensitive work for government agencies, told the AHRC that the contractor’s employment was “untenable’’ because all employees “must have and exhibit the highest ethical standards’’. . .

He was fired a few weeks later after Data#3 discovered his criminal conviction on six counts of selling ecstasy in New Zealand in 2011.

In what sense is it dealing with “human rights” abuse to punish firms to the tune of thousands of dollars for making a judgement call about whether they can trust an individual who has withheld information about their prior criminal conviction? Is there some kind of law she is following, or does she just make it up as she goes along?

PAUL KRUGMAN TWO WEEKS AGO ON ELECTION NIGHT: “If the question is when markets will recover, a first-pass answer is never.”

CNBC today: Dow closes above 19,000 as stocks notch record closing highs. “The Dow Jones industrial average rose about 70 points, closing above 19,000 for the first time ever, with Home Depot contributing the most gains. . . . The S&P 500 closed over 2,200 for the first time, as telecommunications rose about 2.1 percent to lead advancers. The Nasdaq composite also closed at all-time highs, rising approximately a third of a percent.”

And here are the top five economists on twitter with their number of followers. 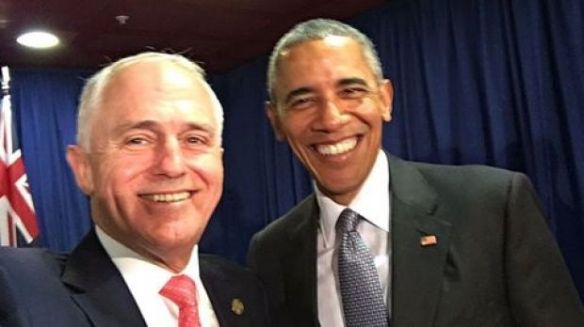 I just went down to pick up some exams from admin and when I went to sign for them I had to ask the date, which is apparently November 22. So I said, oh look, it’s the anniversary of Kennedy’s assassination. And from the blank look, I did have to ask, do you know who Kennedy was, John F. Kennedy, you know, the former president of the United States? Did not know, had never heard of him, his name did not even ring the most distant bell.

For those who do not know since she would hardly be unique: November 22, 1963: Death of the President. It truly was a day that changed the world.

But she’s only clueless because she takes mainstream economic theory seriously, like all the others. This speech was delivered way back in October but only reached me today: Macroeconomic Research After the Crisis. The first heading is, “The Influence of Demand on Aggregate Supply” for which I can give you the definitive answer. There is NO INFLUENCE WHATSOEVER of demand on aggregate supply. Not in the long term and not in the short term. There is none, which is why trying to explain recessions and unemployment by using fluctuations in aggregate demand will get you nowhere in just the same way that trying to induce recovery in an economy in recession by increasing aggregate demand will NEVER work. You want evidence? Just look everywhere around you. Now back to Janet, who wrote:

Her answer is “blah, blah, blah, hysteresis, and more blah, blah blah. She grapples with the possibility that demand deficiency may be more than a passing storm and then, ever so gently, suggests that perhaps aggregate demand has nothing to do with it.

More research is needed, however, to better understand the influence of movements in aggregate demand on aggregate supply. From a policy perspective, we of course need to bear in mind that an accommodative monetary stance, if maintained too long, could have costs that exceed the benefits by increasing the risk of financial instability or undermining price stability. More generally, the benefits and potential costs of pursuing such a strategy remain hard to quantify, and other policies might be better suited to address damage to the supply side of the economy.

You know, we are heading back to Say’s Law. They are never going to acknowledge that I might have been right, because being right too soon never gets you credit. It takes time, but we shall see because there is now nowhere else for economic theory to go.

Part of how President Trump will avoid dependence on the media.

The President-elect shares an update on the Presidential Transition, an outline of some of his policy plans for the first 100 days, and his day one executive actions.