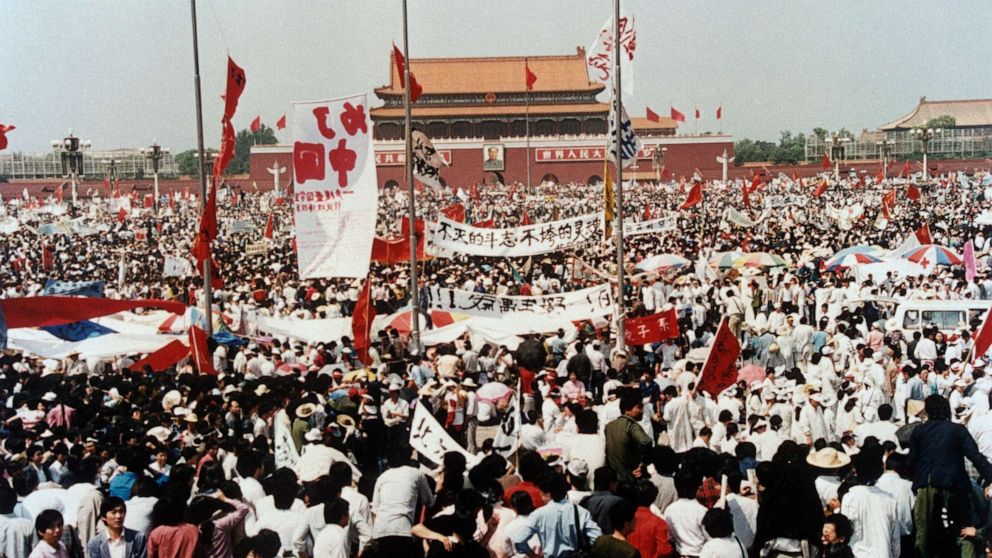 It may not rhyme but you should remember it all the same. These were protestors with a genuine mission, bravely seeking change in the face of a tyrannical government that sent tanks out onto the street. What they sought in China is what we already have but which so many of our own “protesters” are prepared to squander. For those on the streets in Beijing and elsewhere, this was known as the Chinese Democracy Movement. Our “protesters” here would be the ones ordering the tanks onto the streets in Beijing. They would be the ones who are trying to suppress the pro-democracy, pro-freedom protesters, no quotation marks there, in Hong Kong today. What you see below is from Wikipedia. It should be a reminder of what’s really at stake.

Set off by the death of pro-reform Communist general secretary Hu Yaobang in April 1989, amid the backdrop of rapid economic development and social changes in post-Mao China, the protests reflected anxieties about the country’s future in the popular consciousness and among the political elite. The reforms of the 1980s had led to a nascent market economy which benefited some people but seriously disaffected others, and the one-party political system also faced a challenge of legitimacy. Common grievances at the time included inflation, corruption, limited preparedness of graduates for the new economy,[8] and restrictions on political participation. The students called for greater accountability, constitutional due process, democracy, freedom of the press, and freedom of speech, although they were highly disorganized and their goals varied.[9][10] At the height of the protests, about 1 million people assembled in the Square.[11]

As the protests developed, the authorities responded with both conciliatory and hardline tactics, exposing deep divisions within the party leadership.[12] By May, a student-led hunger strike galvanized support for the demonstrators around the country, and the protests spread to some 400 cities.[13] Ultimately, Deng Xiaoping and other Communist Party elders believed the protests to be a political threat and resolved to use force.[14][15] The State Council declared martial law on May 20 and mobilized as many as 300,000 troops to Beijing.[13] The troops advanced into central parts of Beijing on the city’s major thoroughfares in the early morning hours of June 4, killing both demonstrators and bystanders in the process.

The international community, human rights organizations, and political analysts condemned the Chinese government for the massacre. Western countries imposed arms embargoes on China.[16] The Chinese government made widespread arrests of protesters and their supporters, suppressed other protests around China, expelled foreign journalists, strictly controlled coverage of the events in the domestic press, strengthened the police and internal security forces, and demoted or purged officials it deemed sympathetic to the protests.[17] More broadly, the suppression ended the political reforms since 1986 and halted the policies of liberalization in the 1980s, which were only resumed partly after Deng Xiaoping’s Southern Tour in 1992.[18][19][20] Considered a watershed event, the protests set the limits on political expression in China up to the present day.[21] Its memory is widely associated with questioning the legitimacy of Communist Party rule and remains one of the most sensitive and most widely censored topics in China.[22][23]

2 thoughts on “Remember, remember the fourth of June”