UPDATE: The President weighs in. 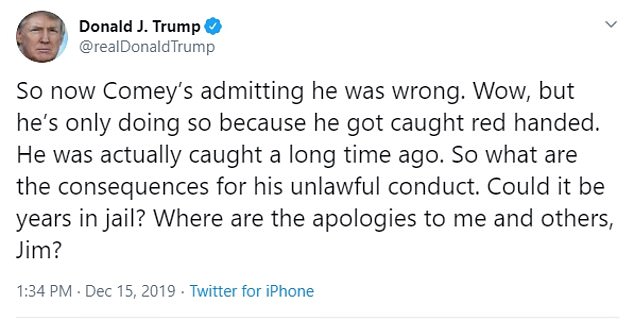 What a strange day. Must be partly Boris Johnson, partly that impeachment has gone into reverse and partly a recognition that the left agenda is near terminal, green new deal included. So first we have this: Comey: ‘I Was Wrong’ — FBI’s FISA Abuse ‘Was Not Acceptable’.

And then there was this: Schiff: ‘I Had No Idea FBI Was Committing Serious Abuses When I Said All That Stuff’.

And even this: Greta Thunberg Apologizes After Saying World Leaders Should Be ‘Put Against a Wall’ in Speech.

This might be part of the reason why: Barr Puts Obama & Company on Notice, Signals Hell Is Coming.

And this: [VIDEO] Adam Schiff Mercilessly Booed on Stage at an Event Last Night in Glendale, California.

Not to mention this.

The left are now finding out that they are not as popular as they think they are. In fact, most people of sense find them repulsive, and will not vote for them if given the chance.