The article is titled The Ignoble Lie. It begins about the original defence of political lying going back to Socrates and Plato, but what really interested me was this part about vaxxination rates required in dealing with the pandemic.

Fauci said he misled the country about mask-wearing during the pandemic by claiming they were of little use. But he argued that he lied in order that the public not make a run on masks, deplete the supply, and thus rob medical professionals of protective equipment.

Fauci also told “noble” lies about the likely percentage of the public needing to be vaccinated to achieve herd immunity. He kept raising the bar—from 60-70 percent to 75-80 percent, to 85 percent.

Apparently, Fauci feared a lower figure, even if accurate, might lull people into complacency about getting inoculated.

If a 60-70 per cent vaxxination rate will do, why worry when we are well passed that rate? Unless there is some other agenda in play, of course.

Take Florida as the example the left tries to avoid talking about (like Sweden). What can the left do with this? Here is the first half of the heading: Florida now has America’s lowest COVID rate.It begins:

Which U.S. state has the lowest COVID-19 rate right now? …

The state with the fewest daily COVID cases per capita is the same one that recently had more than any other: Florida….

A positive story. Not on the left, it isn’t. Here’s the second half of the heading: “Does Ron DeSantis deserve credit?”

The answer is no.

Bet you knew that was coming. And why not?

According to the New York Times’s David Leonhardt, “Covid has often followed a regular — if mysterious — cycle. In one country after another, the number of new cases has often surged for roughly two months before starting to fall.” And “the Delta variant, despite its intense contagiousness, has followed this pattern.”

Why it hasn’t happened anywhere else is neither here nor there and anyways, more people are dying which is perhaps not that surprising in a state where so many retirees end up living.

My point, though, is that you cannot get an accurate assessment anywhere. I would love to know how dangerous covid is but it is impossible to find out. I do, however, find the following chart of interest. From here. 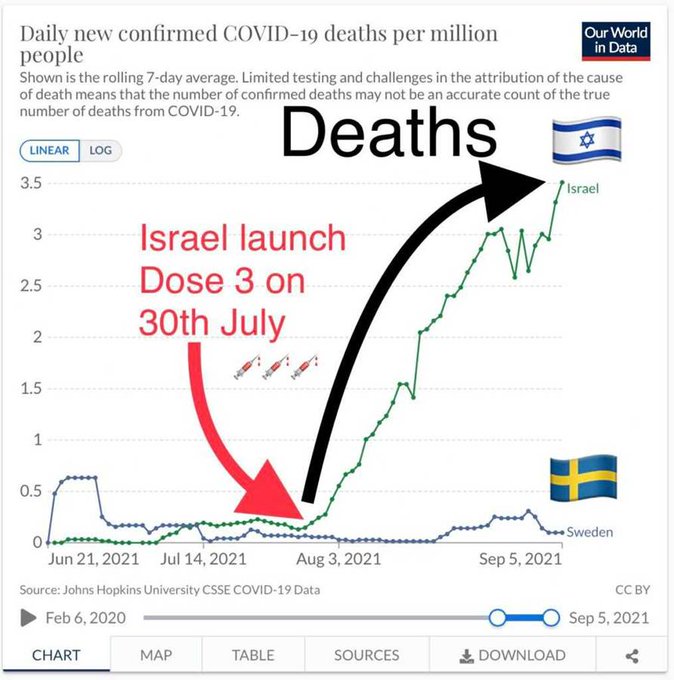 AND THIS JUST IN: Florida Reaches Lowest Case Rate in the Nation.

“Without mandates or lockdowns, COVID-19 cases in Florida have decreased 90% since August,” said Governor Ron DeSantis. “In addition to cases, hospitalizations have plummeted in our state. This has been accomplished by making monoclonal antibody treatments and vaccines widely available throughout our state while protecting Floridians from government overreach.”

2 thoughts on “The toxic avoidance of truth on the left”