See what they’re saying about us around the world: Australia Is A Full Scale Pilot Test For The New World Order

Several journalists and content creators have noticed that Australia looks like the most totalitarian police state that has existed in recent history.  It has become a full-scale pilot test for the elitists to see how well they can implement the New World Order. 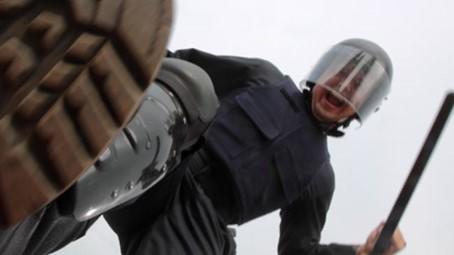 Australians have been subjected to some of the most horrendous basic human rights and dignity violations during this entire scamdemic.

“These guys know full well what they are doing. They are psychopaths, but they aren’t stupid.”

I can agree with most of that but not all. They are far-left totalitarians, psychopaths perhaps, but on that last point, I don’t agree. When it comes to Daniel Andrews, on top of everything else, he really is stupid. Along with so much else that is wrong with him, Daniel Andrews is the thickest politician I have come across in quite some time, and there’s a lot of competition at the moment. That he never discusses or explains anything is how he has been from the start. This was from the weekend: Labor unrest grows as Daniel Andrews botches crisis management. In fact, Daniel Andrews has botched everything he has done. He has not had a single success in anything he has done since being elected.

Andrews is a political dictator who comes across as a strong leader. But, sadly, he is not a chief executive who weighs up the view of many groups before making a decision. Like all dictators Andrews relies more on his gut instincts than advice from others. Business people who attend the Andrews advice committees say he rarely listens. In the latest Victorian aid package the payroll tax deferral will scare the banks. Prior to COVID-19, the best example of Andrews disregard for commercial outcomes was in the infamous gas bans where somehow gas that did not require fracking got mixed up with the fracking bans. The fact that the bans on Victoria’s immense non fracked gas reserves sent gas prices and energy costs through the roof just didn’t register.

He is too stupid to know what he is doing, and the more he gets wrong the further forward he goes. He cannot explain, he never takes responsibility, he never defends. He just shuts up because he is basically a blank space between the ears.

What frustrates ALP members is that they now know that provided a series of co-ordinated alternative strategies are introduced there is absolutely no need for prolonged harsh restrictions that will send the state into recession for many years. The alternative strategies have been successful in other states and will work in Victoria. But as so often happens with dictators once they are headed in a direction nothing will change them.

They of course assume that Andrews is able to sift these different points of view, analyse them and come to a conclusion. The reality is that he has no capacity to evaluate anything that is said to him. Dumb as an ox but stubborn along with his arrogance.

There is the old political rule, “never apologise, never explain.” Andrews of course never does either, but not because he doesn’t wish to. It’s because he cannot. It may well be that other are looking at the example he has set, but it’s not because he’s some kind of genius. He has blundered into where we find him and ourselves through sheer stupidity. He is wrecking Victoria, and indeed the entire Australian economy. He has turned the police force into a Gestapo. He has made Melbourne a place of ridicule across the world. It’s a tragedy at every turn. Just don’t expect any serious explanation for anything he does since he has none.