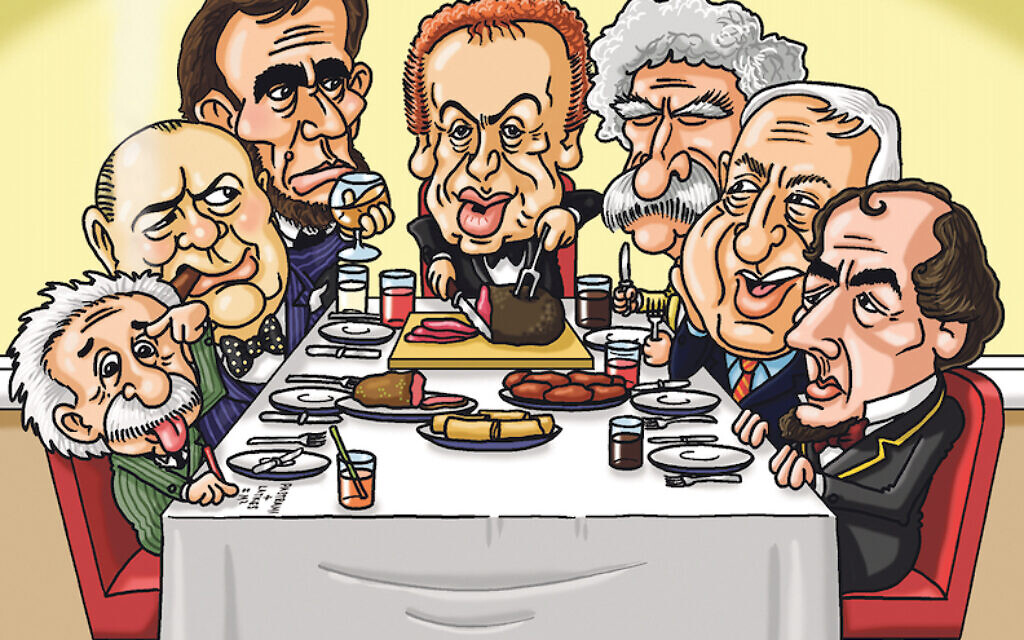 This year will be one of the most pivotal years in all of world history, and that is an understatement. We’ve seen a complete breakdown of American civil society over the last several months.

I don’t know what’s going on in the rest of the world, but when I walk down the street to get a coffee in 2020 New York City, I have to thank God that I have 2020 vision and the reflexes of a champion boxer to duck any knockdown sucker punches. And this is on 57th Street, what they call Billionaires’ Row. I can’t imagine what’s going on way Uptown, Downtown or in the Bronx.

Bonfire of the Vanities is like nonsense compared to this. The city has gone to the dogs, the pits, in drerd. Makes you want to stay inside and order food.

That’s what everyone was doing until all their favourite restaurants shuttered.

I have a new name for restaurants that are recently closed. They are ‘cloved’. Covid schmovid cloved. One after the other, all of my favourite restaurants are finished.

Where can you get a decent sandwich in this town? And if you even think of going off on me about some sort of privilege shpiel, you know where you can shove it.

And you know who is solely responsible for all of this? Our two schmegeggi state and city leaders, Mr de Blasio and Mr Cuomo. These two schmucks have led us down a dark and dreary path.  Mason

The two Putzes-in-chief, but really putz is too nice of a word to call either of them. Actually, it’s an insult to putzes worldwide to include them in that estimable category. These guys have made our lives intolerable.

The degradation of my beloved city has happened in front of my eyes, well at least from what I can see on the TV screen while 60 floors up. It’s a nice view, but it cost a pretty penny. I know the last time this kind of thing happened, it took someone like my favourite dinner partner Giuliani to come to the rescue. Who’s going to be our Giuliani this time?

Only in America can murderers and criminals be put on pedestals. The world is upside down and topsy turvy.  No one would believe it if I said in my act that you should let criminals out of prison, but if you don’t wear a mask you’re going to be arrested.

A murderer is let out because of fear that they will contract the coronavirus, and they’re free to commit crimes again.

The truth is I retired at the right time. With all due respect, my genius was that I was able to say exactly what I thought,  and left my audience laughing, but more importantly, thinking. I wouldn’t be able to do
that today.

It’s not a good time for comedians to speak their minds unless, of course, it’s to say that they hate Trump and then it’s easy. You don’t even have to make up jokes you just repeat over and over ‘I hate Trump’. That’s why I just like to do private dates now, where I can say and do what I want. Otherwise, anything you say is immediately called racist and sexist. You get called a pig and a degenerate.

You really gotta put yourself out there to be a public figure. So the next time you ask me to write this for nothing, I’m not so sure I’m going to agree. And while we’re talking about it, I have to mention that you can find me on Cameo. It’s a website, you can look it up. I’m not going to tell you anything else. See, you’re curious already.

In regards to the frightening times we’re living in, the political climate is the most pressing matter of all.

Even the Democrats admit it was a good deal, so much so that they tried to take credit for it after it was passed.  Before this whole corona thing, he created less unemployment and higher wages. So what did he do wrong? The economy was the best it’s ever been. So what did the president do that everyone should be cursing him all the time? I’ll tell you what he did wrong. He’s wearing the wrong jacket. He has the wrong hairdo. He has the wrong attitude and you don’t like the colour of his tie. What does your side want from him? A new stylist? You don’t like the way he sounds, get some earplugs, turn off the volume on your TV. You don’t like his attitude?  He’s not moving in to live with you! So what’s the problem? We ask them and they always say these nonsense things like he doesn’t sound like a president, he’s not presidential. He doesn’t even look like a president. So don’t look at him! Who told you to look at him? You have a TV that only has one channel? Change the channel if you don’t want to watch him.

Let me ask you, if I give you $3,000 would you care what I look like, what suit I wear, and the way I comb my hair? Would you care about what my attitude is?

Give me bad attitude all you want as long as it comes with a cheque and tax refund. Let me ask you, if you needed to go to the dentist, are you more concerned about the dentist being a good dentist or having a good personality? I’ll take the guy who wrecks my teeth, but is friendly. No! I want the guy who fixes my teeth, and he could have the worst bedside manner of all time. Same thing when I call the plumber, and same thing when I vote for president. Really, how can a Jew not love Trump? I heard a rumour from my high-placed sources, but shhh, please don’t tell anybody, that in four years, after Trump leaves office, he’s going to run for president of Israel and he’ll win.