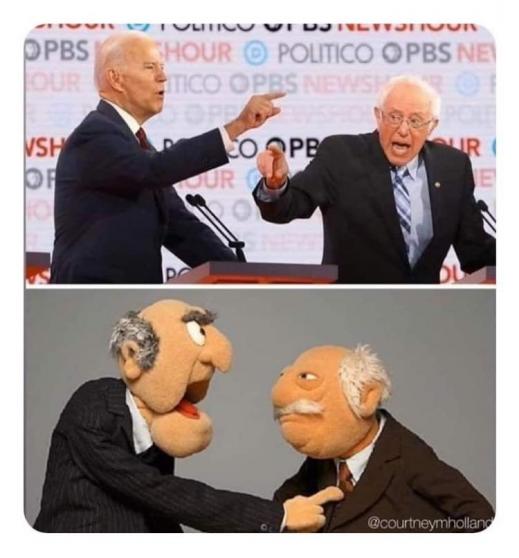 This is adapted from Scott Johnson’s comment on Biden as part of the Democrat debate at CNN.

Biden made five notable pledges last night: (1) he will pick a woman as his running mate and (2) name a black woman to the Supreme Court; (3) he will ban new fracking and he’s not too crazy about oil drilling either; (4) he’s all in for the Green New Deal; and (5) he will prohibit deportations of illegal aliens during his first 100 days in office.

It is the Left agenda in spades: identity politics, anti-carbon fossil fuels and open borders. You may think this is insane and on that we agree. But if you don’t think it might draw a constituency that could win the election, on this you are wrong. It will be close in any case, but with the Corona V added in, a falling share market, rising unemployment likely and the media as ignorant and biased as ever, I still see Biden as more likely to win.

I will add some comments from the post that I think emphasise the issues that are truly telling.

“Biden made three notable pledges last night…he will pick a woman as his running mate and name a black woman to the Supreme Court.” We’re at the dreary end of affirmative action, the part where the quotas, like at Harvard, are right out in the open, and nobody even pretends to want a meritocracy, a country where you are judged by the content of your character…well, you know the drill. It’s depressing that there’s no opposition from either party for these pandering displays of racialism and sexism. In tough times, we the people need competent leadership and judgement. America is suffering from a lack of diversity. We have legions of people in positions of power with diverse skintones and of various genders. But they all think alike. I guess that’s a working definition of “groupthink.”

While they continue to pitch Biden as the throwback to the “normality” of the Obama Administration, they are simultaneously having him take radical and dangerous positions. How far left can he pander (and really follow the desires of the leaders of the Dem Party) and still be able to get general election voters to forget the crazy leftist promises he made? To a certain extent this panic over the virus is a Godsend to Biden. It will focus attention elsewhere until he gets the nomination. Will it then be too late for he and Trump to have a real debate about the future of the country? Will it be too late for the DNC to switch him out prior to the general due to mental/physical unfitness? We live in crazy times when the two doddering fools who remain in the Democratic race are considered at all for an office at any level.

This is theater in the absurd. The DNC wants Bernie to make Joe look sane by comparison but it is NOT working. The DNC is using Joe as a placeholder for whatever they have pre-designated as his VP.