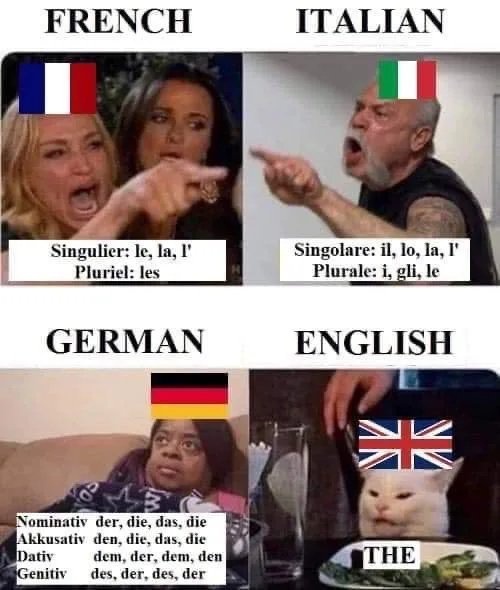 And then there’s David Solway’s The Transrealism of the Left which begins:

Indeed, the trans phenomenon is perhaps the most interesting of the erotic variables that define the current wave of insanity, of which the transition from male to female, whether surgical, hormonal or cosmetic, appears to be the paramount factor in the venereal mix. Bathrooms in many establishments are no longer gender-specific. Women’s sporting events are increasingly dominated by biological males identifying as women. Corporations have climbed aboard the intersex, gender non-conforming and transgender bandwagon. Over fifty large companies, including Amazon, Coca Cola, ebay, Google, Microsoft and counting, have issued a statement affirming  “the rights and identities of transgender people,” ludicrously claiming that “gender definition determined by birth anatomy fails[s] to reflect the complex realities of gender identity and human biology” and implying the virtue of biomorphic mutation. Many religious institutions have welcomed such gender anomalies into the fold. Even preschoolers are being subjected to the LGBT+ blitz and are taught the blessings of transitioning.

To be read through for those few who remain able to read a sustained argument on a non-fashionable subject that goes absolutely against the grain of the times in which we live.

In Lectures on Ideology and Utopia, French philosopher Paul Ricoeur defined the positive form of utopian thinking as the “exploration of the possible,” but understood that it is always vulnerable to fantasy, a gloss on Karl Mannheim’s Ideology and Utopia where Mannheim claims that utopian thinking is “not at all concerned with what really exists.” And utopian thinking is the definitive property of the political left — that is, not only as the “exploration of the possible” but the attempted realization of the impossible. Human beings can thoroughly shed their private personalities, wealth can be equally distributed without damaging the social consensus, property can be seized by an all-encompassing state for the undeniable benefit of all its citizens, society can be happily and productively collectivized, class divisions can be eradicated, endemic corruption can be rooted out, and human beings and human societies can be manipulated to ensure peaceful coexistence, economic parity, pastoral tranquillity and a sense of universal kinship.

In other words, everything becomes possible in the socialist world-view. That is why a woman can become a man but, more importantly in the current milieu, why a man can become a woman. Biological sex can be transformed into voluntary gender. All that is needed is a bit of invasive tinkering and the right attitude. The transgender phenomenon is merely the latest manifestation of leftist postconceptions, the basic assumption that the impossible is possible, that everything can be transformed according to an ideologically inspired blueprint.

Much, much more. And to go with David Solway, there is this from Mark Steyn: The Men Who Walked Away. I would say this must be a Canadian thing, with me quoting two fellow citizens of the frozen Dominion, except that it is most definitely anything but. Will just quote this, but worth your time.

“There is no law that says women and children first,” Roger Kohen of the International Maritime Organization told Time magazine. “That is something from the age of chivalry.”

If, by “the age of chivalry”, you mean the early 20th century.

And then there is this, which even comes with a picture: POLICE SUBJECTED TO PRONOUN POLICE.

You would think this is parody but it’s not. It’s the future.

And to show this is an idea that’s in the air, this also just came my way: Is Gender a Social Construct?. Read it as well. The short answer is No, but that’s my answer. At the link there is some hedging of bets. Final para:

Ultimately, the mantra that “gender is a social construct” is misleading and may cause significant confusion and unnecessary acrimony. It is more reasonable to suggest that gender is an internalized sense of masculinity/femininity that is shaped by a complex interaction of genetic, hormonal and social forces. Granted, that’s probably harder to fit on a coffee mug. But I remain optimistic that if we are realistic about the complex interplay of biology and environment, we can work toward an egalitarian and open society that allows individuals to express their individuality whether or not they conform to traditional (or progressive) gender role norms.

I guess he [?] wants to keep his [?] job. It does say at the end that “you can follow him on Twitter” so I will just presume.