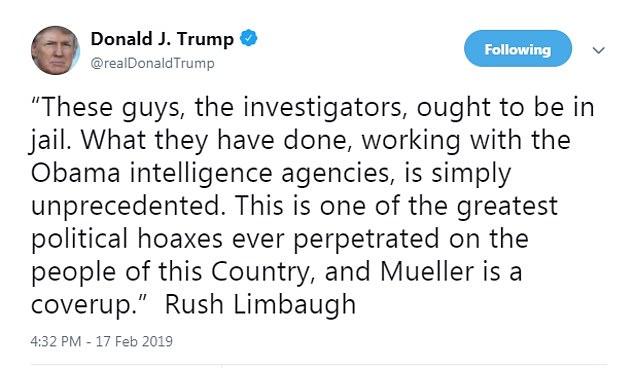 Not a “hoax” but actual treason. Obviously not from an American newspaper but from the Daily Mail in the UK: Trump quotes Rush Limbaugh’s claim that Mueller’s investigators ‘ought to be in jail’ for cover-up of ‘silent coup’ against the president

Meanwhile the story that is dominating the American media is an actual hoax from some B-Grade actor who tried to pretend that he had been attacked in sub-zero weather by two MAGA-hat-wearing racists, who turn out to be black African friends of his.

The American mainstream media is a conspiracy on its own and by itself.