First do no harm.

That’s the principle behind medical practice, with the other half, presumably, do some good. So what are we to make of this: The Vaccines don’t work – Israel records highest rate of Covid-19 infections in the World despite 78% of population being fully vaccinated. 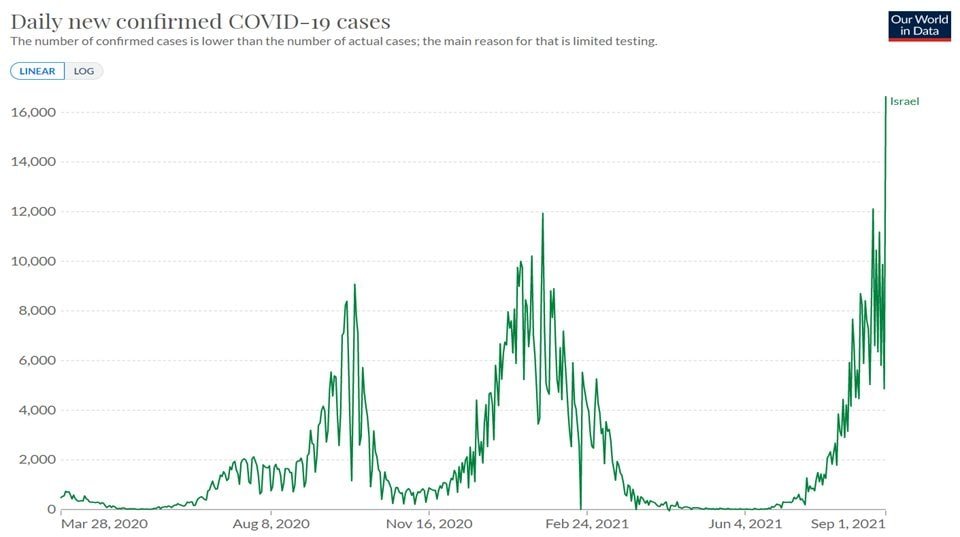 The issue is not whether one should get vaxxinated. The question is one of costs and benefits. If someone is vaxxinated, what good will it do? But also, what harm will it do? Vaccinations in the past had almost no known downsides, at least not by the time they reached the public. In this case, however, the upside appears to be non-existent.

Despite compounding vaccination, the nation still suffers, with the world’s worst seven-day rolling average number of covid cases per capita. Israel is on track to pass 11,000 daily covid cases — an infection rate that is magnitudes higher than a year before, when everyone in the country was unvaccinated.

Using a non-neutralizing vaccine against a novel, endemic virus only perpetuates the transmissibility of the virus among people. When the spike protein of that virus is forcibly replicated throughout the population, entirely new health problems occur.

By placing selective pressure on an amino acid sequence of the virus, and scaling up that attack across the population, these vaccine programs only cause mutations in the viral sequence, leading to new outbreaks and vaccine failure.

Virtually no one is dying from Covid any more, at least not amongst almost the entire population. Certainly more used to die during flu season. What follows in the years to come we will only know in the years to come. Meanwhile, why take a vaxxine with a massive and known failure rate with the possibility of massive but still unknown harm that we will only know at some time in the future.

And even if there is no harm, which we will not know for some time, why take a vaxxine that does no good?

2 thoughts on “First do no harm”