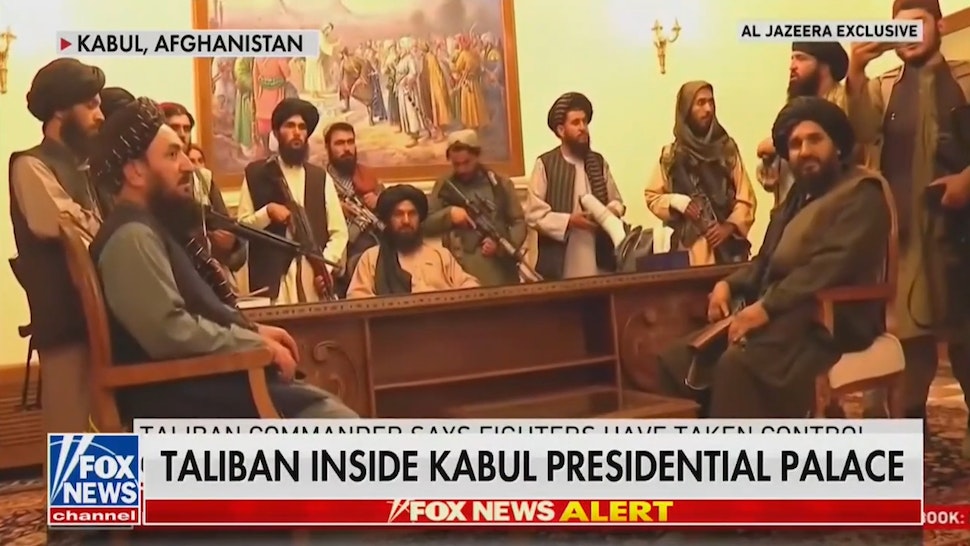 If we are going to discuss the fall of Afghanistan, you have to go to the real experts, so we’ll start with Mark Steyn on The Scale of Humiliation in which he deals with the fall of Kabul. This is how he ends:

America’s Afghan policy, from 1921 to 2021 – and, in defiance of the usual trajectory, first farce, then tragedy. A decade or so back, I quoted Bernard Lewis:

“I was on a panel with the great Bernard Lewis a couple of years ago – actually six or seven years ago – and Bernard said that the danger here is that America risks being seen as harmless as an enemy, and treacherous as a friend… It’s a very dangerous lesson to teach the planet.”

Looking at things at the moment, there is nowhere else for America to go but down. Just a bit more from Mark before we turn to other things.

America is not “too big to fail”: It’s failing by almost every metric right now. The world-record brokey-brokey-brokeness manifested by the current spending bills is only possible because the US dollar is the global currency. When that ends, we’re Weimar with smartphones. Clearly, Chairman Xi and his allies occasionally muse on the best moment to yank the dollar out from under. If you were in Beijing watching telly today, would you perhaps be considering advancing those plans?

In other words, is this not merely a humiliation but America’s Suez moment? In my bestseller After America, I recalled a long-ago conversation with the Countess of Avon (Clarissa Churchill, Winston’s niece, widow of the then prime minister Anthony Eden – and still with us at the splendid age of 101). Somewhere along the way, Lady Avon observed ruefully that the eight days of the Suez crisis in late 1956 marked the great divide between the words “British Empire” being still taken seriously and their being a sneering punchline.

And then there is this from the former President:

President Donald J. Trump: “Joe Biden gets it wrong every time on foreign policy, and many other issues. Everyone knew he couldn’t handle the pressure. Even Obama’s Secretary of Defense, Robert Gates, said as much.After I took out ISIS, I established a credible deterrent. That deterrent is now gone.

The Taliban no longer has fear or respect for America, or America’s power. What a disgrace it will be when the Taliban raises their flag over America’s Embassy in Kabul. This is complete failure through weakness, incompetence, and total strategic incoherence….

“He ran out of Afghanistan instead of following the plan our Administration left for him—a plan that protected our people and our property, and ensured the Taliban would never dream of taking our Embassy or providing a base for new attacks against America.

The political map of the world is being redrawn.

AND THEN THERE WAS THIS: I just came across the following which I think is apposite of so much that is wrong in America: Taliban Spokesman Has Active Twitter Account, Trump Still Suspended. It’s not just that the left in America (and all across the Western world) are ignorant, but that they are wilfully ignorant, and proud of it.

2 thoughts on “Harmless as an enemy, treacherous as a friend”