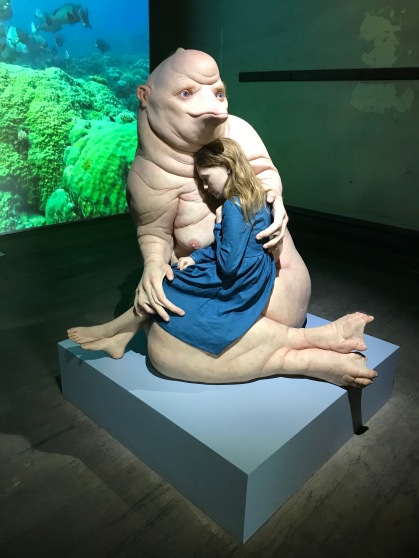 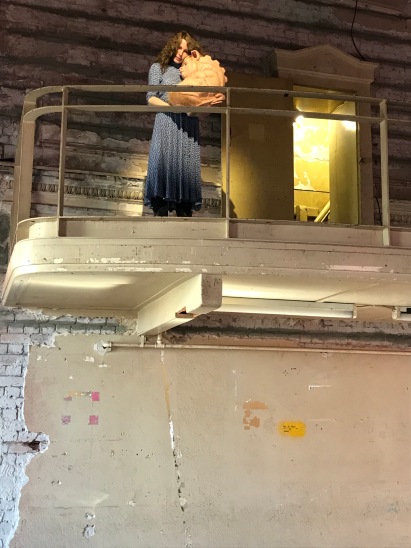 From an exhibition at Flinders Street Station – Patricia Piccinini’s Epic New Exhibition At Flinders Street Ballroom – whose installation was the price Dan Andrews paid for the Upper House Parliamentary support from Fiona Patten. And who is she?

From 1990 to 1992, Patten was a sex worker herself. Her initial encounter began at Tiffany’s Palace in Canberra, where she had intercourse with a client when another worker was unavailable….

Patten eventually lost interest in her work, which had also interfered with her social and professional life. After working as a female escort in Cairns, Queensland, Patten quit sex work in 1992 and continued in sex education….

Sexualizing children (paedophilia even perhaps). It may not be obvious what I am getting at but will point out that the man cradling the young girl was in a different room from the picture of the slightly order girl with the child in her arms.

I might note that these pictures, which were taken by me at the exhibit, are also shown from different angles in the link to the exhibit above. Whoever put the show on display sees the same bits of the exhibit as worth reproducing, although undoubtedly for different reasons from mine.