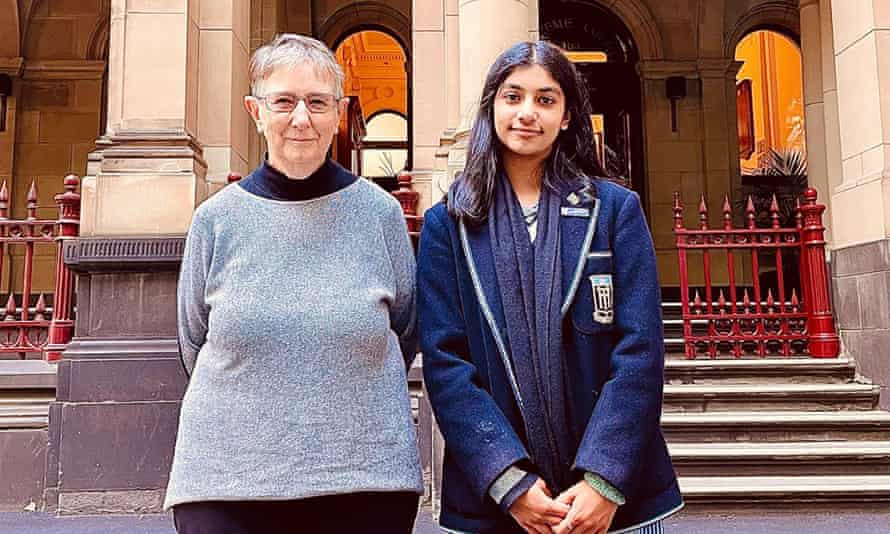 Sister Brigid Arthur, 86, and Anj Sharma, 16, are among a group who secured a judgment from the Australian federal court that found the government has a duty to protect young people from climate change.

The federal court of Australia has found the environment minister, Sussan Ley, has a duty of care to protect young people from the climate crisis in a judgment hailed by lawyers and teenagers who brought the case as a world first.

Eight teenagers and an octogenarian nun had sought an injunction to prevent Ley approving a proposal by Whitehaven Coal to expand the Vickery coalmine in northern New South Wales, arguing the minister had a common law duty of care to protect younger people against future harm from climate change.

Justice Mordecai Bromberg found the minister had a duty of care to not act in a way that would cause future harm to younger people. But he did not grant the injunction as he was not satisfied the minister would breach her duty of care.

Fear is in the air. A dozen new cases and no deaths.

Acting Premier James Merlino has announced Victoria will be sent into a seven-day lockdown from midnight after the state recorded 12 new COVID cases in the past 24 hours.

The Acting Premier is even the Leader of the Opposition:

Snap lockdown will be ‘difficult’ for businesses: Merlino

As if they care.

1 thought on “Does the government have a duty of care to ensure young people do not freeze in the dark?”