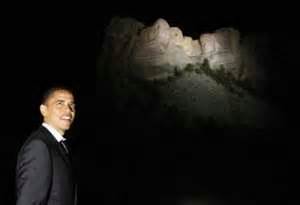 PLUS THIS: I was going to add that I thought this was the best speech Donald Trump has ever given, but thought I would see what others said first. I am not alone on this. You might have a look at this comments thread at Instapundit. These are the first four under the heading of “best”.

Trump gave them Hell tonight. I honestly have been depressed by all the COVID crap and antifa crap and the inevitablity of the enemies of freedom. Trump removed all that with a speech and I feel better. Wow, what a president.

In theory, Presidential elections are about competing visions of what America is and what America can or ought to be, as well the personalities of the candidates. Tonight at Mount Rushmore Trump made the 2020 campaign about the idea of America itself. America versus whatever the Democrats think comes after America, because they’ve made it clear they’ve rejected America. And it was the Democrat’s own rioting, pillaging, looting, iconoclastic, BLM/antifa stormtroopers that made that possible.

Well I’ll be damned! I feel a little hope!

Absolutely pitch perfect and immensely inspiring. Really gives me a boost of enthusiasm. And we are going to hear more from Kristi Noem. It’s not inconceivable that she gets elected in 2024 as our first female President.