From the comments on SAY IT AIN’T SO, HORATIO!.

And as we all know, all races have been slaves and all races have owned slaves. I believe that Saint Patrick was a Roman Briton who was kidnapped and enslaved by the Irish.

8.25 million slaves by the Ottoman Empire 1441-1830 CE, mostly from Russia.
The Khan of Crimea was depopulating southern Russia with slave raids – it’s how they made their money – until Catherine The Great finally ended it by conquering Crimea in 1774. 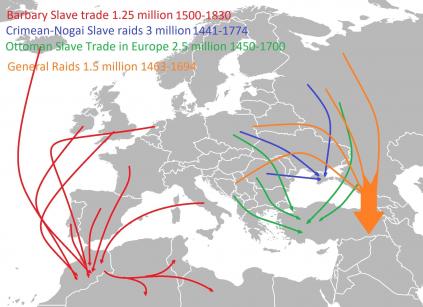 The Ottoman Empire continued slave raiding until the USA’s Barbary Wars. Instead of paying ‘tribute’, we sent the US Marines with our new US Navy.

“The Mayor of London, Sadiq Khan.” Let that sink in.

Reporter: Do you support tearing down the statue of Cecil Rhodes?
Student: Yes I do.
Reporter: Why?
Student: Well, actually, I’m not exactly sure who he is.

Why call these people ‘activists’ and ‘protestors’ when they are clearly terrorists and criminals? This is why we keep losing all debates .. we open by conceding our opponents premises.

“On 25 March 1807 Britain formally abolished the Slave Trade, prohibiting British subjects from trading in slaves, crewing slave ships, sponsoring slave ships, or fitting out slave ships. The Act also included a clause allowing the seizure of ships without slave cargoes on board but equipped to trade in slaves.”-Wikipedia

Every single aspect of BLM and it’s adjuncts are evil. Tearing down the monuments, burning down cities, destroying peoples’ reputations, getting people fired, erasing deceased people, cancelling speeches, stealing valor . . . and so on. No one can look at any one aspect of this and not be frightened, let alone all of it. And yet nobody knows what to do about it. 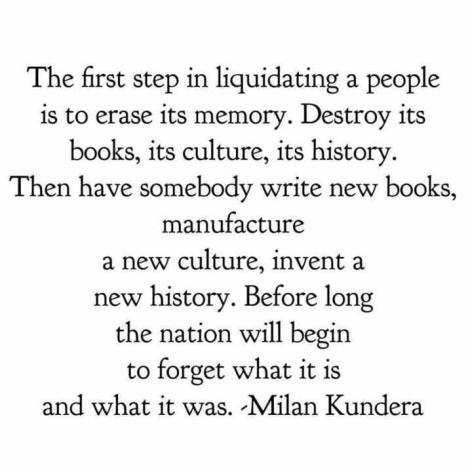 1 thought on “Slaves to political fashion”