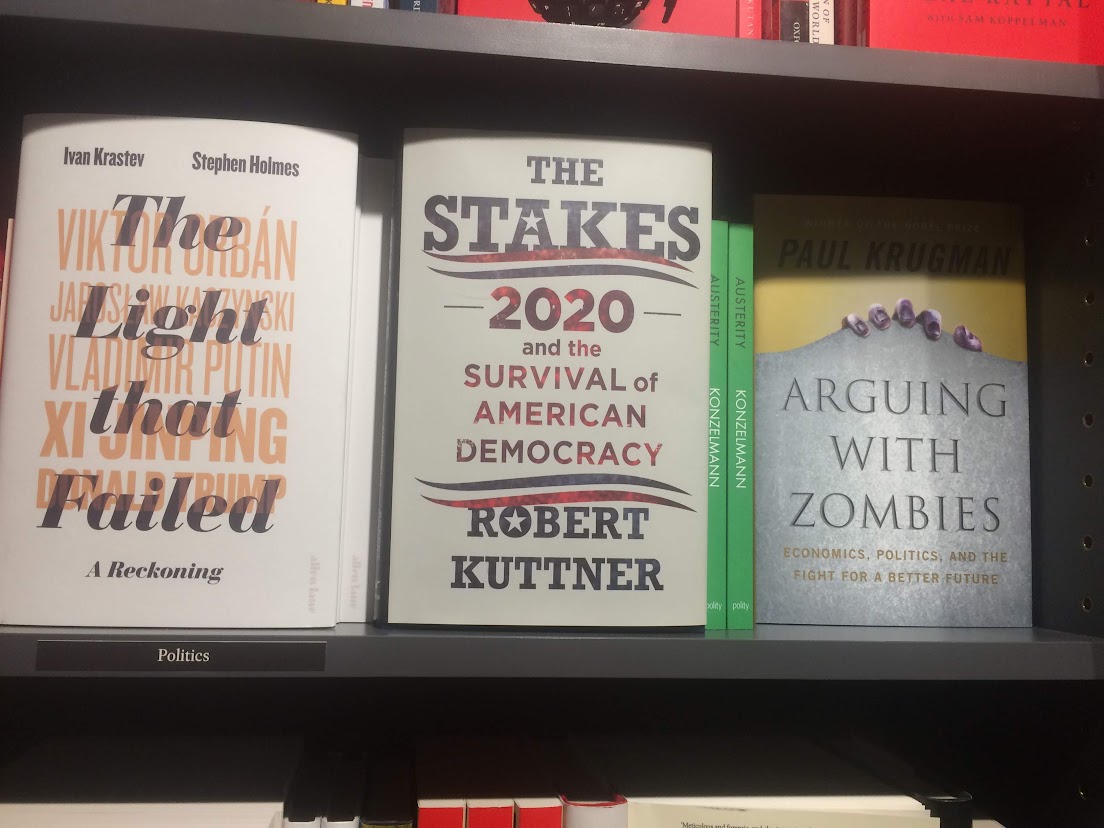 Went into a bookshop today and went to the politics section and this was a part of the selection of what I found. There must have been around a dozen books on American politics, that were all were desperately anti-Trump and with many of them turned towards us potential readers to ensure we saw what there was.

Nothing will apparently educate the “educated”. Their ignorance is invincible. Their shallowness knows no depths. The incapacity to learn from actual real world experience is capacious. It is truly frightening how much they don’t know about so much, but worse, the extent to which they will close their ears and eyes to alternatives.

I find it the same in discussing economics with many of these so-called experts. The American economy may never have prospered as it now is. Jobs numbers are increasing while real wages at the bottom of the income distribution are rising for the first time in decades.

PDT foreign policy is another area where one success follows another. I am sickened at the thought that Iran could just blow an airliner out of the sky. Seriously, whose side are they on? It’s not yours.