The news judgment of the major media organisations in the United States is deeply impaired, indeed it is near enough mad and the people who report such stories along with those who believe them on no evidence at all are troublemakers with no good in mind that I can see.

Both of the graphics are taken from somewhere else. 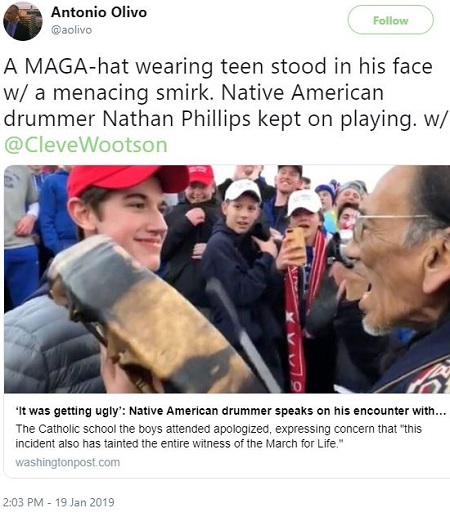 In what normal universe could such insignificant stories be national news, even if they were true. Even if the events unfolded exactly as the media first reported, what difference would it make in a country of 350,000,000 if there were isolated individuals like the ones described. There are vile and disgusting people everywhere. But these events did not occur as reported. The media lied and distorted the truth and mis-stated the facts as they were actually known.

The abomination even beyond the negligence of those in the media who reported these stories is in the hunger among the left for examples of what are now almost non-existent kinds of people, especially among those who had voted for the American president. That is, there are no racists and no homophobes in any numbers, and wherever they may be, they have no political influence whatsoever. Yet the left needs them to exist so that they can show what superior people they are. But all that is shown is they are gullible fools, who will believe anything no matter how farfetched the stories might be.

Filled with hate and nothing to contribute to a sane society.