And half of those vandals are internal. Here is a twelve step program from Jordan Peterson. It is hard to believe that such common sense still exists and can be said in public, but here it is. 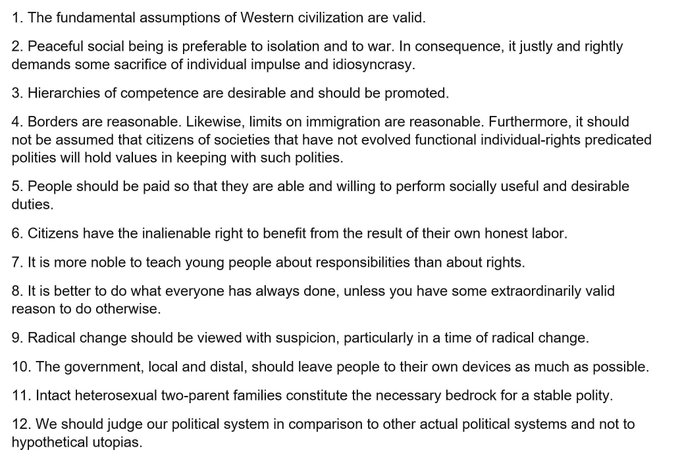 And if you are interested in the full text, here is the entire two hours.

This is Peterson’s own background briefing to the presentation:

Conservatism has all-too-often found itself unable to articulate a coherent positive doctrine. By this I mean specifically that the laudable conservative tendency to preserve the best of past has too-often manifested itself in a series of “thou shalt not” statements, instead of laying out a manifesto of fundamental values that might serve to unite people around a set of common ambitions. I am attempting to rectify this problem with this statement of principles, some of which I believe might have the additional virtue of being attractive to young people, looking for mature and forthright purpose and responsibility.

I am not making the claim that the statement is perfect, comprehensive or final.

I will just add that it’s not perfect or final, not least because it is mostly pragmatic but lacks the moral grounding that is essential. The left is filled with people who are evil to their very core but believe they are only doing good. Without a proper moral basis for action, there is no foundation for anything. Socialism is great on paper, and when we have perfected humanity we can bring it on. In the meantime, every such experiment is inevitably disastrous for everyone other than those who are at the very top of the pyramid. We have found a way to bring peace and prosperity which are through the principles laid out, but there is a deeper understanding required which only an Edmund Burke and an Adam Smith can supply.