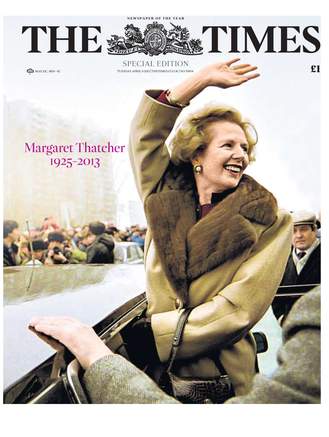 The greatest woman of the twentieth century, an accidental Prime Minister, she is best known by her enemies who are as pitiful as she was courageous. Paul Johnson has said it best:

Margaret Thatcher had more impact on the world than any woman ruler since Catherine the Great of Russia. Not only did she turn around—decisively—the British economy in the 1980s, she also saw her methods copied in more than 50 countries. ‘Thatcherism’ was the most popular and successful way of running a country in the last quarter of the 20th century and into the 21st.

There are, alas, for people such as myself no permanent victories. There are also supposedly no permanent defeats, but while this is occasionally stated, this never strikes me as true. But she held back the tide of corruption and decay at least for a while.