It’s the very template of what we have seen for ourselves in real life. The only difference is that the motives behind the virus created is to benefit the news networks. Not this time. Much more sinister. It’s about the election in November.

I picked up the video from Steve Hayward at Powerline Loose ends 109. Pretty straightforward, right? Wrong!

Googled “the simpsons apocalipse meow” which suggested “did you mean apocalypse meow” and went straight to its suggested set of words. There was everything about a Simpsons episode from 1993 but nothing about the one posted at Powerline. So went back to this.

I chose the “search instead” option and ended up with a page entirely in Spanish with this the first entry:

And beyond that, the images under “Images for the simpsons apocalipse meow” were also all in Spanish as well. 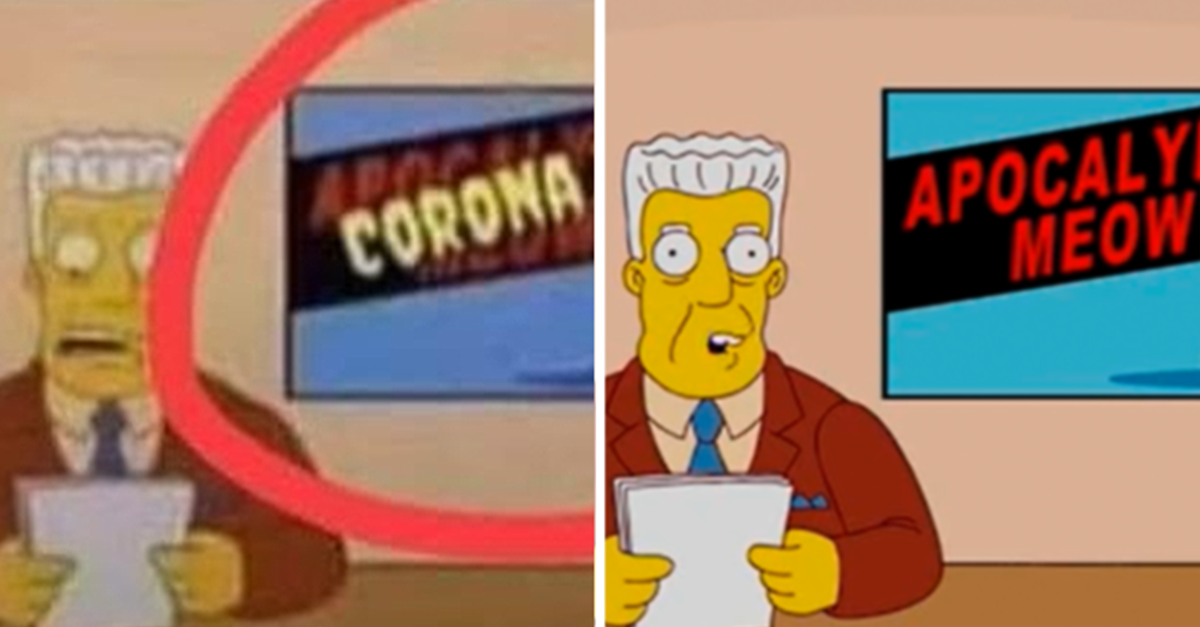 And even the first frame would refer you to the wrong episode of the Simpsons, as did the heading over the images:

Did you mean: the simpsons apocalypse meow

The one that mattered was, in fact, Season 22 Episode 6. And when was it aired? From Wikipedia:

This, by the way, is the edited version of the episode found on Google:

1 thought on “This is beyond spooky”