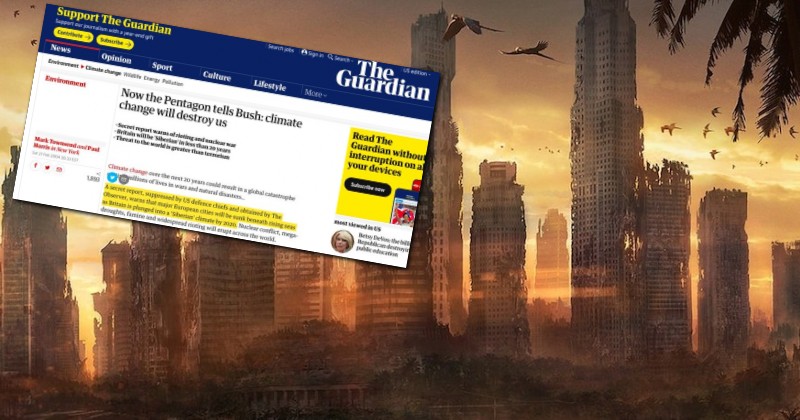 According to experts, climate change will result in “millions” of deaths, major European cities being sunken, nuclear war and global environmental riots…all within the next 5 days.

That’s because they made the prediction back in 2004 and said all that would happen by 2020, which is just 5 days away.

“Climate change over the next 20 years could result in a global catastrophe costing millions of lives in wars and natural disasters,” reported left-wing newspaper the Guardian on February 22, 2004.

“A secret report, suppressed by US defence chiefs and obtained by The Observer, warns that major European cities will be sunk beneath rising seas as Britain is plunged into a ‘Siberian’ climate by 2020. Nuclear conflict, mega-droughts, famine and widespread rioting will erupt across the world,” the report added.

The alarmist document went on to claim that nations would resort to using nuclear weapons to protect dwindling food supplies, a situation that would “bring the planet to the edge of anarchy.”

All from The Ministry of Truth as the clock strikes thirteen.