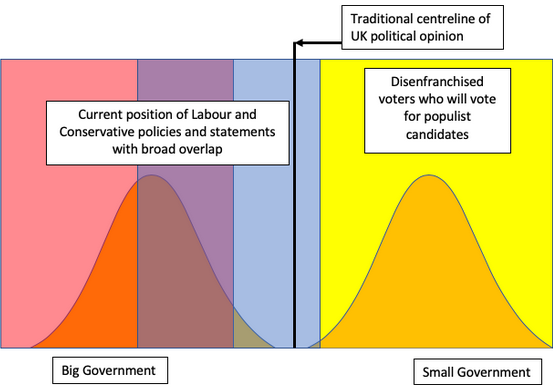 From Quadrant Online: Feckless ‘conservatism’. From an unexpected source, the real feel for the Brexit catastrophe. Traitors everywhere in their midst.

The UK’s Country Squire magazine (‘making country life better since 1902′) is not the first and most obvious publication in which one might expect to gain an understanding of the Brexit mess and why, three years after the electorate voted 52/48 to quit Europe, the voters’ will remains frustrated. Yet there it is in a recent edition, one of the most acute analyses of the two major parties’ drift from both base and principle, and a polarised electorate’s disgust with each and both. Author David Eyles puts it this way:

The Fabians believe in gradual change by attrition rather than open revolution. As a result of this thinking, one Labour policy was to get 50% of school leavers to attend a university. As a result, all tertiary education centres such as teacher training colleges, polytechnics and technical colleges converted to call themselves ‘universities’ more or less overnight. On paper, it gave third or fourth rate tertiary education institutions the same status as Oxford, Cambridge, the ‘Red Brick’ universities, the great northern universities and the London Colleges. A generation has now passed through this system, taught mostly by Left-leaning Postmodernist professors and lecturers. This has created an entire structure of Leftist, so-called ‘progressives’ who now dominate the Civil Service, Local Government and most of the large charities, think tanks and, importantly, the media…..

…. By contrast, the Conservatives do not really have any core philosophies except for some rather vague ones … Indeed many actions of this and the last Conservative government suggest that they are still following the path set out for them by Tony Blair. Former soldiers are still being questioned over actions for which they were acquitted many years ago. Children are increasingly being taught about sex and LGBT issues at very young ages – there is a sense that not only is their innocence being lost far too early, but that this is sowing the seeds of confusion for their adult lives. The police are questioning, cautioning and prosecuting people for “hate crimes”. Free speech is being shut down. The Conservative journey to the Left is a long one. In political distance, it is longer than the similar one undertaken by the Labour Party.

As Eyles observes, illustrating his point with the chart reproduced above,

The Conservative Party have failed the country on three counts. The first is their failure to recognise and stop what Postmodernism and the mass move to the Left amongst our establishments have achieved. The second is their own movement to the Left because they have tried to pursue the Leftist Establishment. In so doing, unforgivably, they have abandoned their core voters. The third is their failure to achieve Brexit.

Whatever else you might read about Brexit, Eyles’ insights should not be overlooked.