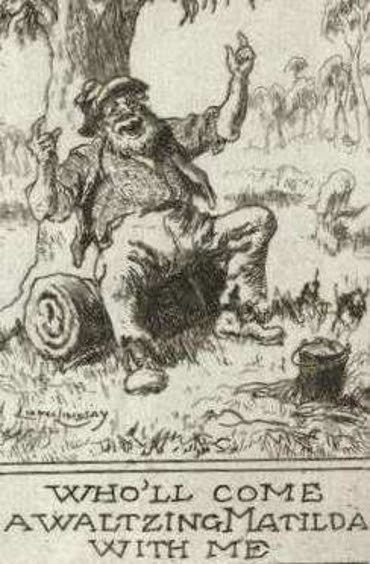 I have given each of my grandchildren an instrument that was bought on the day of their birth so that in eighty years’ time, when someone says to them, grandma, where did you get that banjo, each will be able to say that it was bought for them by their long-departed grandfather on the day they were born. Of the two instruments I own, a banjo and a concertina, I am less worse on the banjo which I have been playing since my hippy days living among the flower children of Vancouver during the early 1970s. So when I came to Australia, also back in the 70s, I learned every Australian folk song I could find. Coming from Canada which has no folk song tradition, it was astonishing just how many extraordinary folk songs there are, and I had already learned Waltzing Matilda and Click Go the Shears as a kid even before I arrived. All this being prelude to a quite instructive article by Mark Steyn, whose interest before getting into the politics of Western cultural suicide, had been popular music. His most recent Song of the Week is titled, Waltzing Matilda, which, like everything else Mark writes, is worth a close read. But with the Australian folk song tradition now almost invisible, it is worth reminding ourselves what we may be about to lose. I will quote a small bit just as a starter, but do yourself a favour and read it all. Banjo Paterson may have taken the tune from elsewhere – why not? we were a penal colony – but there was also quite a bit of value add as well, as Mark writes.

“Waltzing Matilda” is a splendid improvement on the original. If you’re a non-Australian who learned the song as a child, chances are you loved singing it long before you had a clue what the hell was going on. What’s a swagman? What’s a billabong? Why’s it under a coolibah tree? Who cares? It’s one of the most euphonious songs ever written, and the fact that the euphonies are all explicitly Australian and the words recur in no other well known song is all the more reason why “Matilda” should have been upgraded to official anthem status.

BTW my eldest grandchild is named “Matilda”. Pure coincidence, but she’s also the one I bought the banjo for.