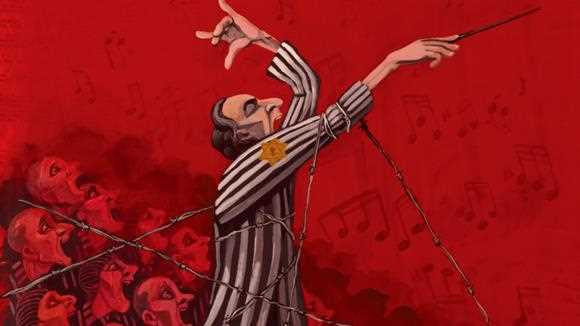 We went to see the new movie version of The Diary of Ann Frank yesterday. Before we went, my wife asked me why we were going, and I had no real answer. At the end, we both felt fortunate that we had seen the film. Since you know how it ends, the sense of oppression never lifts.

And as it happens, the picture above was just sent to us yesterday and comes with this text via Prodos:

German Rabbi & Philosopher, Leo Baeck, was one of the prisoners in the Terezín concentration camp, sent there in 1943.

“In the sheltering darkness of the long evenings, they were together in the cold and gloomy attic of a barrack, close under the roof.

“There they stood, pressed close to each other, to hear a talk about the Bible and the Talmud, about Plato, Aristotle, Maimonides, about Descartes and Spinoza, about Locke and Hume and Kant or about days and problems of history, about poetry and art and music, about Palestine of old and today, about the Commandments, the Prophets, and the Messianic idea.

“All those hours were hours in which a community arose out of the mass and the narrowness grew wide.

“They were hours of freedom.”