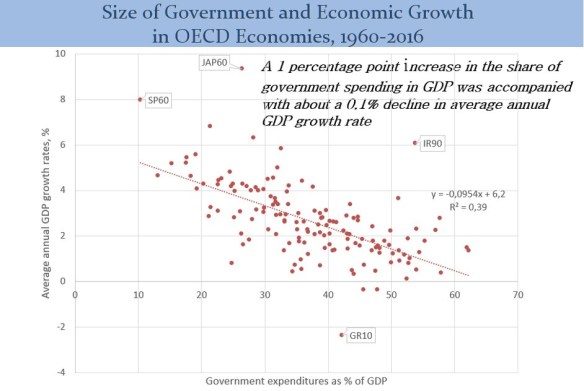 Another article for all you Keynesians out there: More Government Spending = Weaker Economic Performance. And the article notes this as well:

Why this might be you will never understand if you start from Y=C+I+G, but that’s all you are going to find in any macro text anywhere in the world.