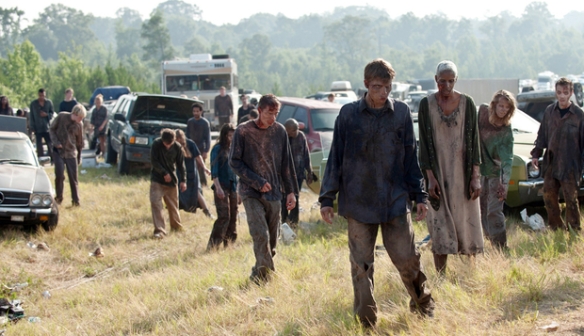 Megan McArdle has an article on Bloomberg they’ve titled, Why It’s So Hard to Kill Keynesianism. And in spite of the arguments you find in the article which are from a rather diverse crew of supposedly anti-Keynesian economists, it’s straightforward why Keynesian theory continues to lurch forward.

So we have John Cochrane quoted as saying:

Since about 1980, if you send a paper with this model to any half respectable journal, they will reject it instantly.

I don’t know what “this model” consists of but if he is saying that employing aggregate demand is instant death for any article, I would have my doubts. But it’s not the articles supporting Keynes that interest me. Where are the ones that point out that Keynesian theory and policy are nonsense? Articles along those lines would be a radical departure but where are they? And let me add, as a personal experience, that it is not all that easy to get them published if you write them.

But then, what would be the exact point of these articles so far as policy is concerned? As McArdle says herself:

New Keynesian models do predict stimulative effects from government spending. But they do so through a completely different channel from the old Keynesian models that are still popular with most of the public intellectuals who support stimulus.

No one at the political level, trying to work out what to do as recession comes crashing through the wall, is going to be interested in the channels that cause a stimulus to work. They just want an answer, and if the answer is a stimulus then off they go. And off they did go. They have now spent in haste and are repenting in leisure but it was some variant version of Keynesian theory that drove them to take the actions that they took. But where are the post mortems on what went wrong? Plenty on what caused the Global Financial Crisis. Almost nothing on why the stimulus that followed has been such a disaster.

And for McArdle to say that Keynesian theory represents “an economic model with zero percent mindshare among professional macroeconomists” just cannot be true. The reality is that economists know virtually nothing else. I have scoured the article for the alternative theory the people she spoke to have in mind and can find nothing. The most you hear is that we should abandon macro and leave everything to micro which is as nonsensical an idea as the Keynesian theory it would replace. I would merely point out that The Wealth of Nations was entirely macro, classical macro. That is where the action is and the answers begin. Economic theory around 1916 say, would be something like the high point and a good place to start over from.

McArdle does, however, go into “supply side economics” but restricts it to the notion of tax cuts. She unfortunately goes nowhere near the underlying theory or discusses any of the wider implications. And there is nothing on the absolute necessity found within supply-side theory which explicitly requires starting over from classical presuppositions and a return to Say’s Law.

And while the efficient market hypothesis is fine as far as it goes, what it does not do and cannot do is rule out recessions. In my view, there is nothing in the EMH that is not fully discussed in classical business cycle theory (and who amongst the entire history-deprived economics profession could tell me whether I am right or wrong on this). Just because you believe that information gets fully used as soon as it is available is no reason to think recessions cannot happen. There are the known unknowns and the unknown unknowns that will get you every time. Even the known knowns can sometimes put an economy into recession. No one can prepare for everything.

The Keynesian walking dead are anyone who uses aggregate demand to explain how an economy works. If that’s not 100% of the profession, it’s near enough.

[My thanks to I.D. for bringing this article to my attention.]